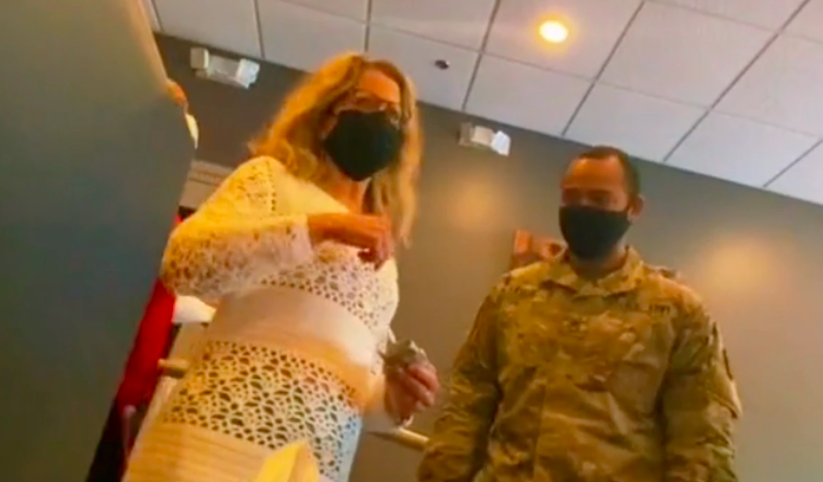 4 Black Soldiers Harassed By A Karen At A Virginia

A white woman harassed four Black soldiers at a Virginia IHOP restaurant near Fort Belvoir, according to one of the soldiers.  Soldier Joe Jeffers revealed in a Facebook video that the unidentified Karen initially offered to pay for the group’s meal on Monday afternoon. Jeffers says the woman left them $6 and proceeded to walk […]Read More