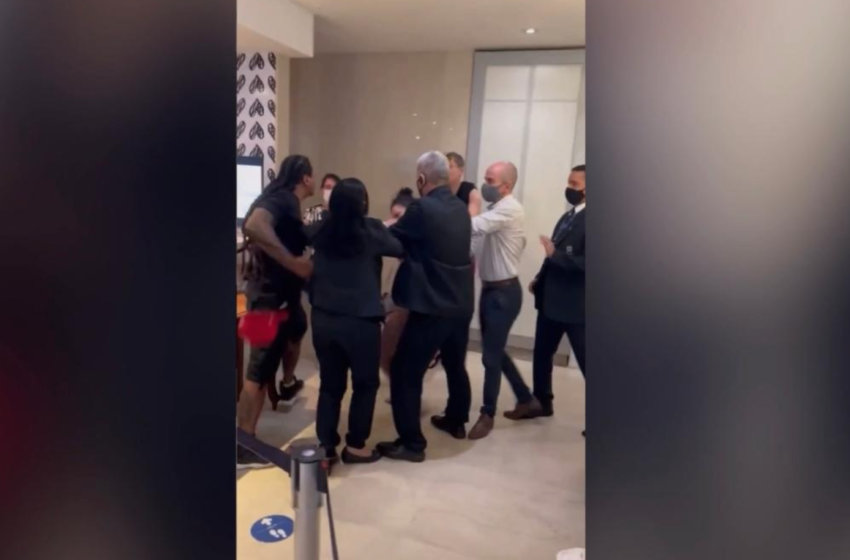 Woman Attacks Man In Hilton Hotel Lobby After He Was

A video of a drunk woman attacking a man on New Year’s Day at a Hilton hotel in Rio de Janeiro has gone viral. The incident allegedly occurred when hotel staff served the man before the woman because he reportedly has a Diamond membership with the hotel, which gives him the benefit of being a […]Read More