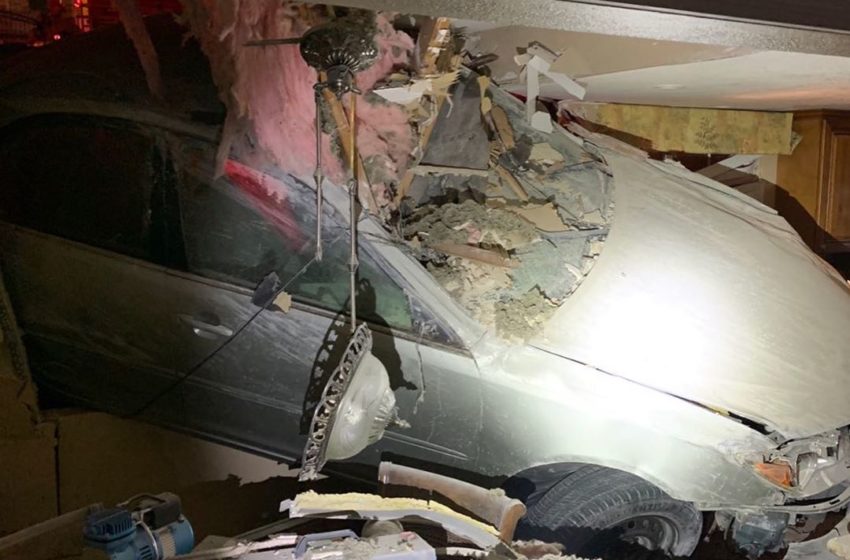 Tina Lebron and her family were frightened out of their sleep by a scary wake-up call around 4:30 AM Saturday morning when a 2003 Toyota Camry crashed into her house in Rowland Heights, California.

LeBron’s Ring caught the whip doing donuts before crashing into her house. The car was going so fast that it plunged right through the living room and kitchen area of the house, CHP says. No one in the house was injured.

After the crash, the two men are caught on camera fleeing the scene.

According to KTLA, she wrote on social media, “Let me tell you, it was the scariest thing. The noise!!!!” Then she added, “My family and dogs are shaken up but ok.” The house on the other hand, no so much.

Her husband claims he had just been in the kitchen, but left shortly before the crash to go to work, per reports.

He explained to authorities that if he were there just a few moments longer he would have been seriously injured if not dead.

When it comes to the two men who fled the scene, CHP’s Santa Fe Springs office needs your help. If you know who they are, they are asking you to call 562-868-0503.