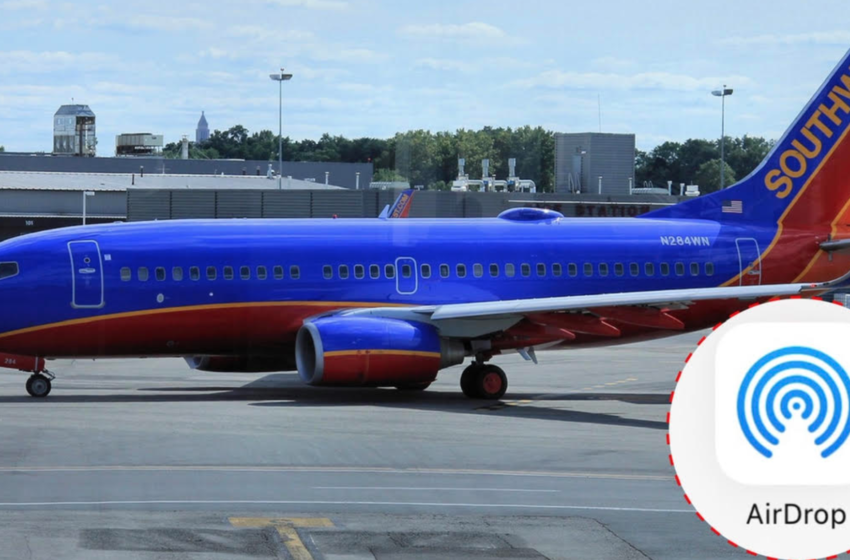 A man was escorted off of a Southwest Airlines flight by officials after he allegedly AirDropped a photo of his penis to all passengers, according to a TikTok video that has now gone viral. The video uploaded by Daddystrange333 has garnered over 6 million views with more than 10,000 comments from disturbed TikTok users.

“Lawrence Martin from Texas, I saw his iPad had airdrop open, so I knew it was him and, yes, I sure did make a scene.”

The TikToker wrote on the video,

“Meet Larry who just airdropped a whole flight photos of his peepee. Thankfully I accepted it, saw who was sending it, and immediately started speaking up. Stay tuned for the police escort.”

The man apologized; however, according to a follow-up video, Larry reportedly continued looking at disturbing photos. The TikToker noted in another video,

“A few of us had to meet with an FBI agent who told us Larry was arrested and will be spending the weekend in whatever airport jail looks like.”

“There was a child who was sent the photo but didn’t approve the airdrop, his dad was ready to fight.”

“We can confirm this unfortunate incident occurred on a recent flight from Detroit to Denver. Our Flight Attendants immediately addressed the situation and the Crew requested local law enforcement officers meet the flight upon arrival, which they did and subsequently apprehended the individual responsible. Southwest Airlines maintains zero tolerance for this obscene and unacceptable behavior, and we offer our sincere apologies to the other Customers onboard,”

Southwest Airlines said in a statement released to the New York Post.