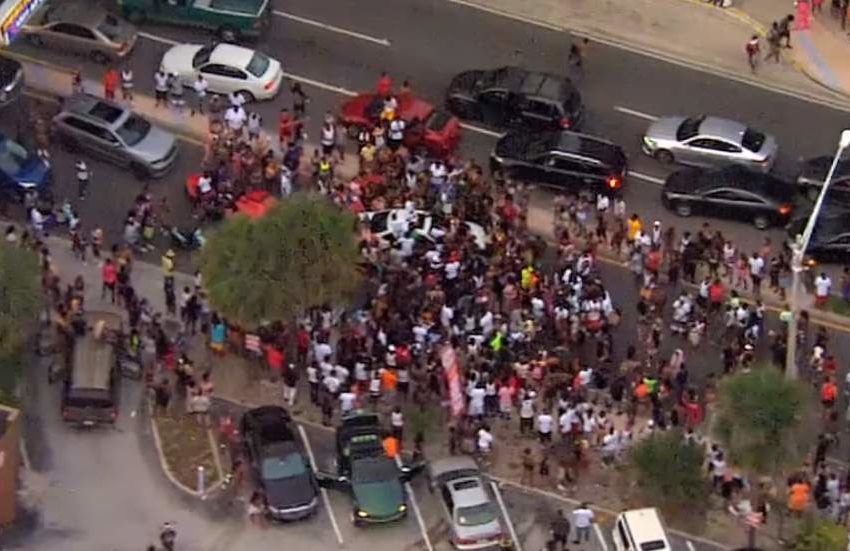 A massive crowd of party-goers gathered in Daytona Beach to party for Memorial Day Weekend. The crowd held up traffic in a major roadway with reports of shots fired after someone threw money from the roof of their car.

Investigators said they received a tip that a party called “Orlando Invades Daytona,” would happen on Memorial Day weekend. Even though the event was reportedly “canceled,” rowdy partygoers still turned out in droves.

At one point, some men who were reportedly recording a music video started throwing money into the crowd, causing a commotion. Daytona Beach Police Chief Craig Capri said officers were able to deescalate the crowd and maintain order, even after shots were fired. Police later reported two people were shot and four others were injured due to shrapnel.

Capri said, “I’m not downplaying any of these events. The shooting was very serious. The crowds were very serious.” You think it’s safe to re-open or do we need to remain under lockdown?