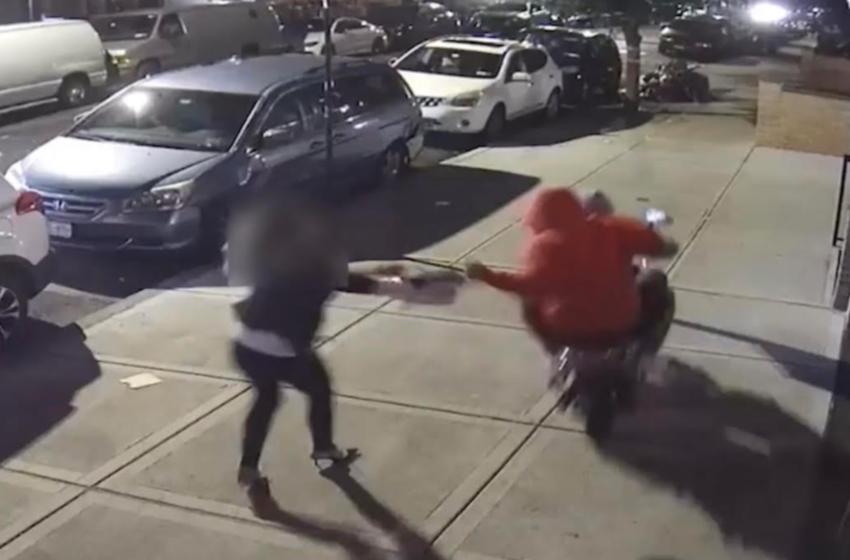 Shocking surveillance footage shows two men on a moped knocking a woman down after taking her purse. The incident occurred in Brooklyn when the victim, 41, was in Sunset Park close to 9:20 p.m, per the New York Post. The duo rode behind her, grabbing her bag. As the woman attempted to clench onto her belongings, she then fell due to the momentum of the moped.

The woman was taken to a hospital where she suffered from small wounds to her face; however, she’s in stable condition.

The purse that was snatched contained the woman’s cell phone and nearly $700 says, officials. Cops are still seeking the suspects.