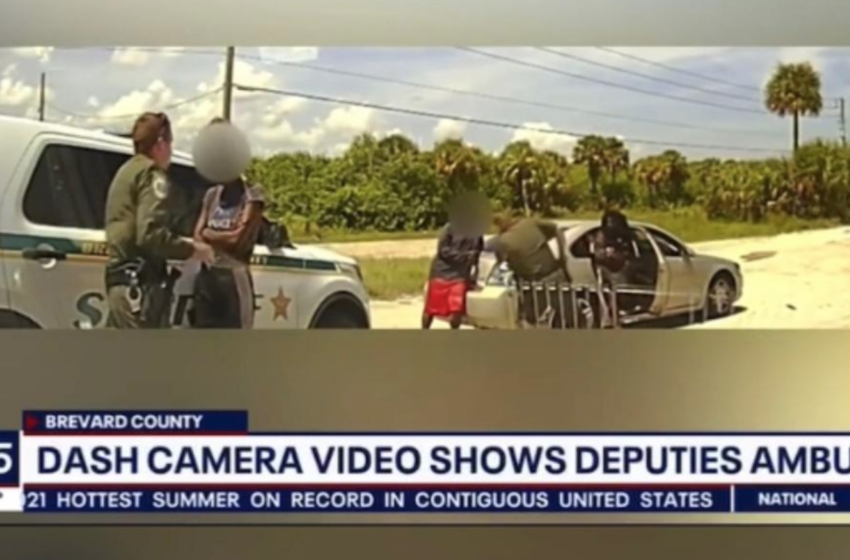 Authorities recently released footage of Florida Sheriff Deputies being ambushed amid a traffic stop back in August. The surveillance video released by the Sheriff’s office shows a man get out of the vehicle with an AR-15 rifle as he began to open fire, according to reports.

The gunman, 38-year-old Paris Wilder was reported to have targeted both Sheriff Deputies, Brian Potters, and Tyler Thoman during the traffic stop that took place in West Melbourne.

Officials and Wilder began engaging in a shoot-out as the gunman managed to get close enough to physically assault Deputy Potters. Shortly after, Wilder was fatally shot by Deputy Thoman while Deputy Potters endured gunshot wounds on his leg and buttocks, luckily, he survived, per Fox 35. The news outlet said there was a two-year-old and a dog in the gunman’s car at the time of the incident.

“For those out there who might be foolish enough to ask why we shot him so many times, that answer is simple — because evil can never be dead enough.”

“This individual had absolutely no regard for human life and was focused on only one thing — killing our deputies to avoid arrest as he knew he was facing several minimum mandatory prison sentences in his pending cases.”

Reports say the other suspects who were in the vehicle escaped when shots began to fire; however, they eventually returned and were taken into custody. The suspects were reported to be helping with the investigation.