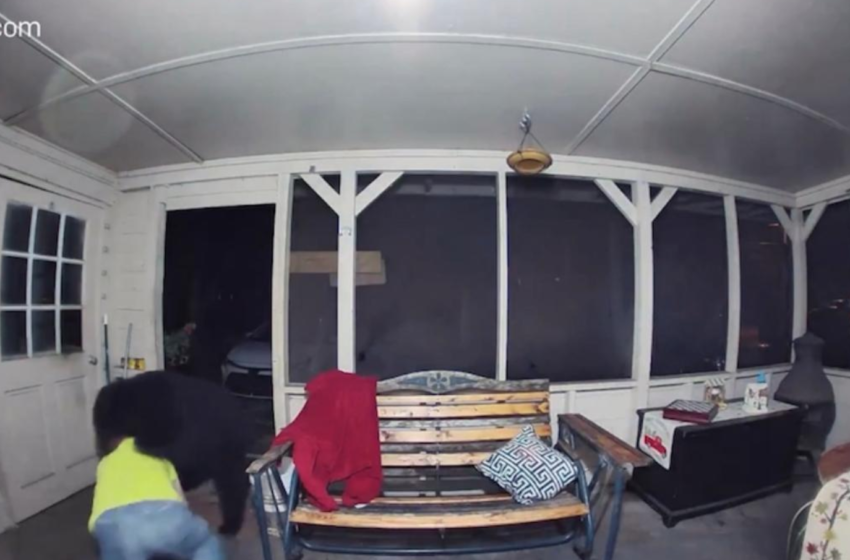 Shocking footage captured the moment a Florida man fought off a bear that entered his porch to protect his dogs and family, per the New York Post. In the video, Walter Hickox from Daytona Beach is seen tackling the bear and then placing a chair in front of the doorway to stop the creature from invading any further. Reports say luckily, Hickox was barely injured, as he only suffered from minor injuries following the encounter.

“Not a lot went through my head at the moment, other than what’s going to happen if he gets past me and into the house where the rest of my dogs and my wife was at.”

The dogs weren’t injured and Hickox intends on placing a door in the porch’s entrance. He also plans on keeping bear spray at hand.

According to Fox 35 Orlando, the Florida Fish, and Wildlife Conservation Commission said in a statement,

“FWC bear biologists and law enforcement officers immediately responded to the scene and are attempting to capture the bear. Per FWC policy, staff will humanely kill the bear if captured since it poses a threat to human safety.”

#Clique, What would you have done in this situation?