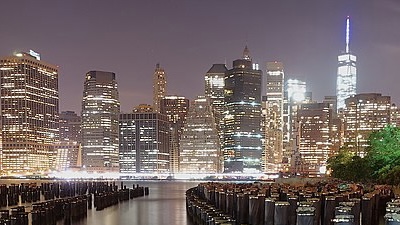 Within three hours, five shooting incidents occurred in New York City overnight, leaving seven injured. According to the New York Post, six of the victims are expected to survive their injuries, while one still remains in critical conditions.

The first shots accused around 9:45 P.M., when a man riding a bicycle open fired in Long Island, hitting one 26 year old. The victim was rushed Elmhurst Hospital, where is olive says he remains in critical condition. The suspect has yet to be identified.

45 minutes later, another act of gun violence occurred in Coney Island. Around 10:30 P.M., two men began fighting outside. One of the two pulled at a gun, shooting the other in the leg. The victim was sent to Lutheran Hospital, where he remains in a stable condition. The investigation is still ongoing, and no charges have been filed.

An hour later after, a double shooting occurred in Queens. A 26 year old was shot in the chest, and a 32 year old was hit in the leg at around 11:30 at night. Both are being treated at Jamaica Medical Center and are expected to make full recoveries.

Twenty minutes later, a 19 year old was shot in the stomach outside of a pizza joint in East New York. The teenager taken Brookdale University Hospital Medical Center. The suspect has yet to be identified.