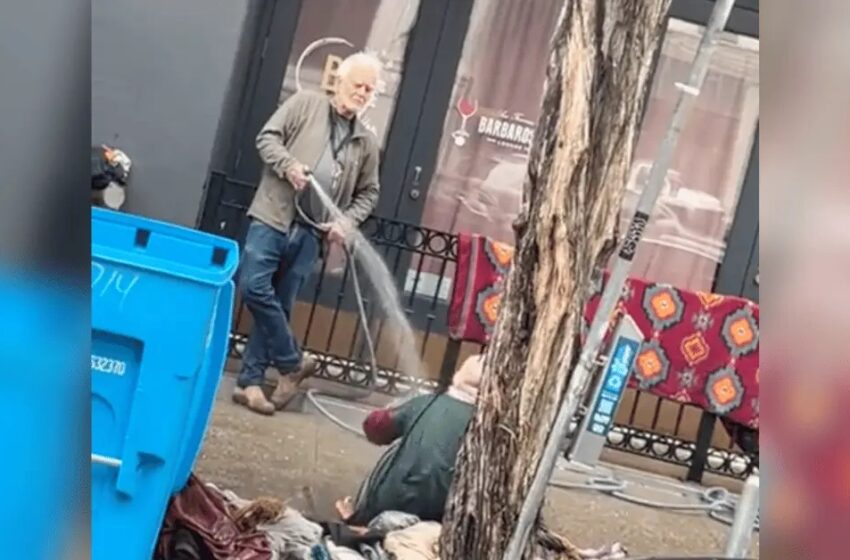 A San Franciso, California, gallery shop owner sparked viral outrage after a video surfaced of him spraying a homeless woman with a water hose outside of a shop. The man has now been arrested on a charge of misdemeanor battery, The Guardian reported.

On January 9, Collier Gwin, owner of Foster Gwin art gallery, was caught on camera by nearby witnesses, casually leaning on a neighboring storefront’s railing as he drenched a homeless woman with water. The 71-year-old told reporters he was just trying to

He was taken into custody 9 days after the incident.

The woman in the video did not press charges against Gwin however, San Francisco District Attorney Brooke Jenkins released a statement on the city’s decision to charge Gwin.

“The alleged battery of an unhoused member of our community is completely unacceptable,”

“Mr. Gwin will face appropriate consequences for his actions.”

Gwin faces up to six months at the county jail and a $2,000 fine, reports note.