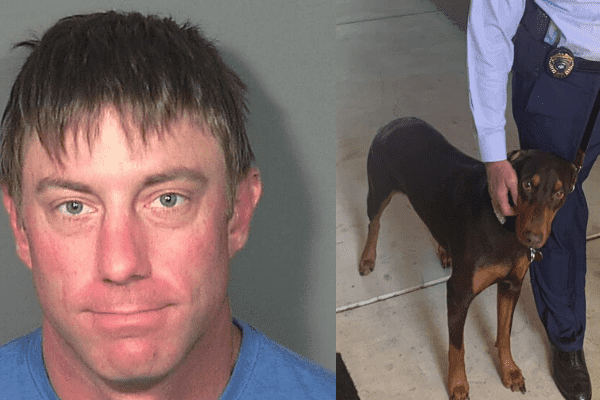 Shane Mitchell, 30, was caught on a Ring camera outside of a residential apartment abusing his former girlfriend’s dog, Rubyjean.

Authorities say Mitchell began choking the dog after the couple got into an argument Sunday. Mitchell then took off with the pet and refused to return it to his ex-girlfriend according to TMZ.

Mitchell was ultimately found in a nearby apartment complex on Tuesday
and was taken into custody. He faces charges of animal cruelty.

According to the police, Rubyjean was returned to her rightful owner.

Watch full story down below.