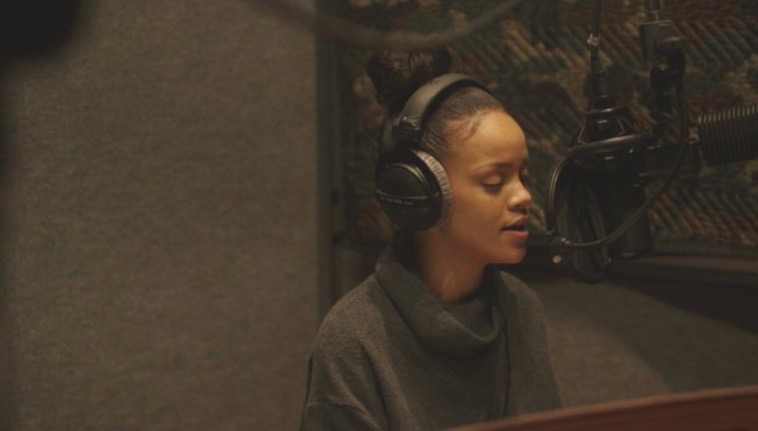 It may not be an album, but it looks like Rihanna may be blessing fans with something just as good: a glimpse into her life!

Rihanna and Amazon Video have reportedly teamed up for a new documentary on the superstar entrepreneur. A cryptic photo of Rihanna singing in a microphone at a studio appeared on production company Film 45’s website with the caption,

“Coming soon: An inside look at the personal and professional life of Rihanna.”

According to the photo, the film is called ‘Rihanna: Volume One’ and will be directed by Peter Berg. Berg told The Hollywood Reporter he gathered footage while traveling in Europe with Rihanna and her crew. Amazon reportedly paid $25 million for the rights to the doc after it was presented to multiple other companies.

No release date (or confirmation from Riri) just yet!