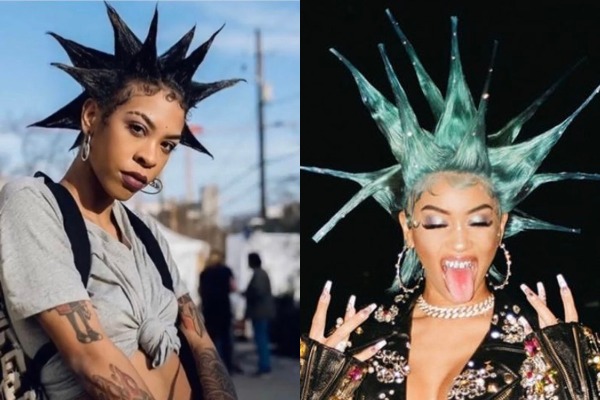 Folks favorite thing to do, pin women entertainers against each other in full effect.

After releasing the video for “Sway With Me” off the Birds of Prey soundtrack, Saweetie was accused of biting Rico Nasty’s look. Twitter users pointed to the spiky hairstyle Saweetie had in the visual claiming it was a ripoff of Rico’s signature punk-inspired hair.

Some passionate fans were up in arms that Saweetie rocked a hairstyle that Rico and countless others have donned in the past.

However, Rico quickly shut down the chatter before it escalated stating that she wasn’t the first and wouldn’t be the last to rock the style. Kudos to Rico!