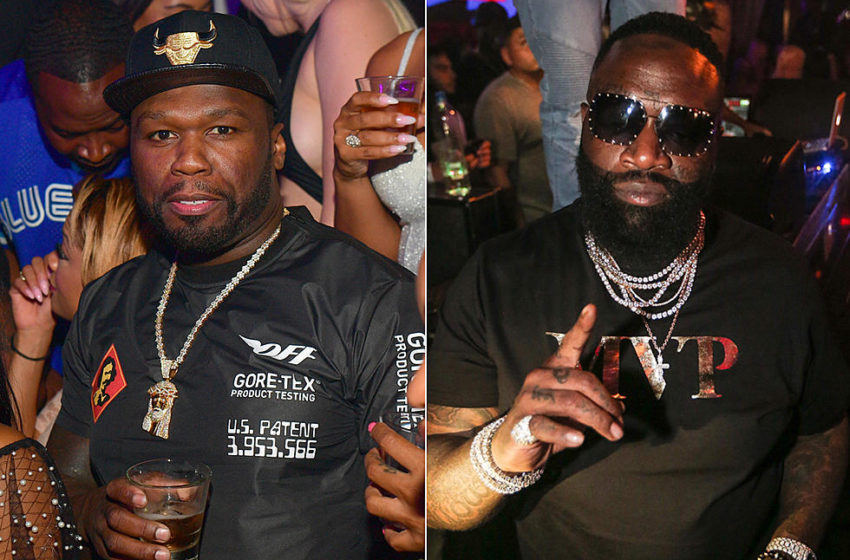 Rick Ross and 50 Cent are still at odds and their legal battle is ongoing. Rick Ross refuses to appear for a deposition because he feels he “does not have any information that would be pertinent to the legal outcome.”

Here’s the breakdown of the lawsuit. 50 Cent filed a malpractice lawsuit against his former law firm related to the $7 million judgment awarded to Rick Ross in the lawsuit against his baby mother Lastonia Leviston. Sounds a bit confusing, but pretty much 50 Cent’s old law firm had to pay Rick Ross millions after they lost a case. Fifty claims that the firm committed malpractice by failing to interview several key witnesses, including Rick Ross.

“Our client Mr. Roberts [Rick Ross] has no problem appearing for a deposition, he just requires that Mr. Jackson follow the law,” says Attorney John T. Rose. Rick Ross is saying that he doesn’t have anything to say that’ll change the case and he is sitting back relaxing with his millions…. of course I’m paraphrasing but you all get the point.

50 Cent has been trying to get Rick Ross to testify multiple times, but Rick Ross ain’t here for it.

How do y’all feel about all of this?