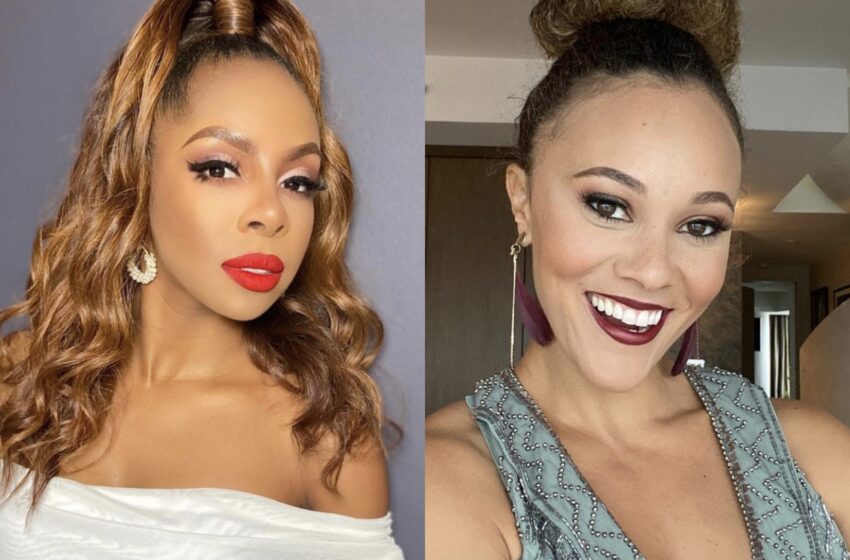 For some viewers of Bravo’s “The Real Housewives of Potomac,” Candiace Dillard-Bassett may not be a fan favorite. However, the reality star is has her own theory about why she faces more hardships with internet trolls compared to her co-star, Ashley Darby.

Candiace commented on an Instagram post from @alltruetea that shared a 15-minute compilation of some of the show’s best moments, including the infamous season four knife throwing fight between her and Ashley.

“This reel shows how reckless Ashley’s mouth has been and still is. Yet Candiace was the villain and ganged up on by so many fans. It’s crazy how Ashley was in my opinion worse but people want to ignore that. I wonder why????”

“Because she’s light skinned. There. It was said. I said it. Now, let’s see how fast it gets around.”

Fans responded to Candiace’s claims with mixed reactions; while some felt she was right, others disagreed with her.

The ‘RHOP’ stars’ friendship took a turn for the worst, when Ashley told Candiace she was writing a character statement in favor of Monique Samuels, whom the latter got into a physical altercation with in season five.

#Clique, swipe below to see what Candiace had to say. Do you think Candiace has a point about colorism among the ‘RHOP’ cast?