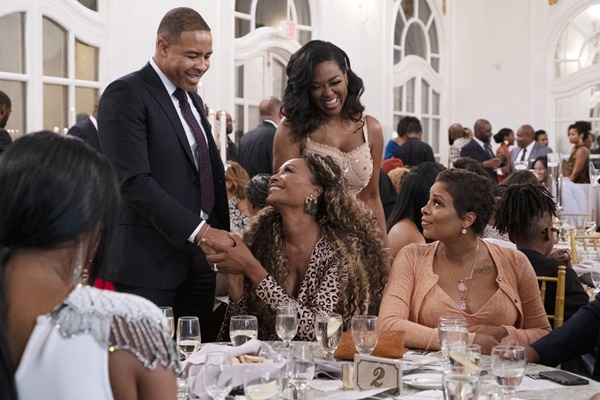 When Kenya Moore is not fighting with NeNe Leakes on “Real Housewives of Atlanta,” she is having back and forths with her on-again, off-again husband Marc Daly.

At the end of last week’s episode of RHOA, Moore and Daly were seen having an argument at a charity event in September, in the promo. You can even hear Daly tell someone that he “hates” being married.

Daly felt so awful after seeing that promo, that he took to social media to apologize.

“As a person of color, it is of paramount importance for me to showcase the positive aspects of my people, hence the reason for my involvement in the Black Man’s Lab experience. Unfortunately, my genuine attempt at doing something positive was compromised by my personal situation. For that, I sincerely apologize and take sole responsibility. I want to thank all those involved with the Black Man’s Lab for their support after the event.
I would like to end by saying, I have full admiration for the organization and am always available to engage and contribute to its efforts.

That sounds like a nice apology, so why are people mad at him? He only apologized to The Black Man’s Lab and not to his wife of two years.

Comments have been disabled on that apology post, but Atlanta Black Star was able to get the fingers on some of their reactions

“chowwww he be throwing Kenya under the bus, backing up and running over her again??????.”

“How is Kenya being blamed and the episode hasn’t even aired yet??Marc has been extremely mean to Kenya all season and even joked about her drowning. ?Marc isn’t innocent in his toxic behavior?”