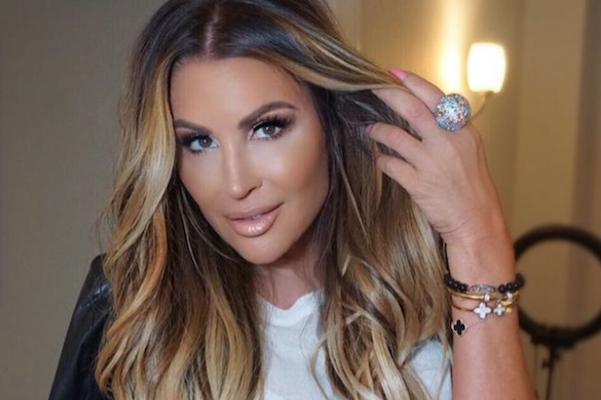 Rachel Uchitel, mistress of Tiger Woods, shared an Instagram post about losing her boyfriend in the September 11 terrorist attacks, saying it changed her forever.

The media personality recalled how she was working at Bloomberg TV and her boyfriend Andy O’Grady worked on the 104th floor of the World Trade Center building two.  She was on the phone with him when the plane hit, and watched on TV as the tower fell.

I remember watching his building fall and not being able to catch my breath. I remember the whole newsroom floor got silent. They had all just watched me watch Andy die. And it was all too unreal,” she wrote.

I remember it was hard to eat or sleep or sit and wait. I wanted to go to ground zero and pick up the rubble myself until I found him. The despair of not knowing was beyond words. The fear I had about what he went through in those 56 minutes has consumed me at times. This event changed who I was completely,” she added.

She shared some images of her with a missing sign for him, during the brief window of hope that the 32-year-old had maybe made it out alive. Uchitel said the photos went viral and she was showered with support during her grief.

Clique, say a prayer for all the loved ones hurting today!