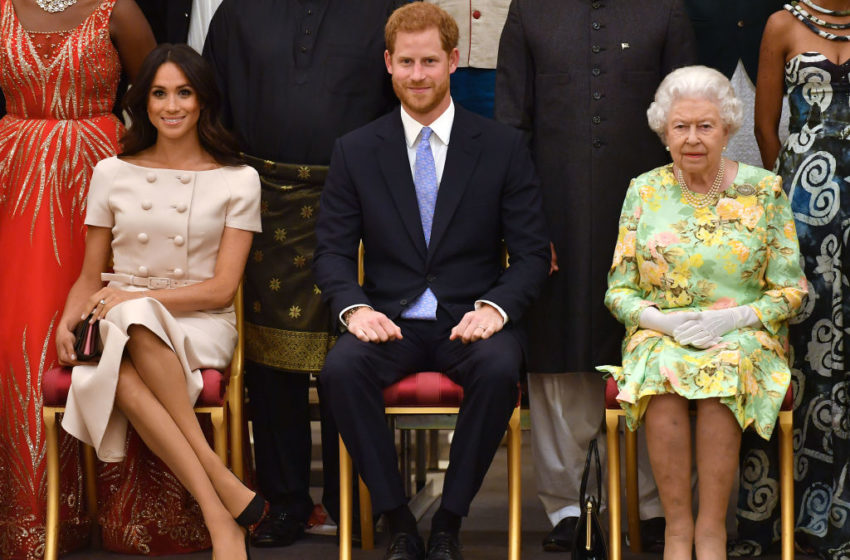 LONDON, ENGLAND – JUNE 26: Meghan, Duchess of Sussex, Prince Harry, Duke of Sussex and Queen Elizabeth II at the Queen’s Young Leaders Awards Ceremony at Buckingham Palace on June 26, 2018 in London, England. The Queen’s Young Leaders Programme, now in its fourth and final year, celebrates the achievements of young people from across the Commonwealth working to improve the lives of people across a diverse range of issues including supporting people living with mental health problems, access to education, promoting gender equality, food scarcity and climate change. (Photo by John Stillwell – WPA Pool/Getty Images)

Queen Elizabeth has put her foot down and demands Meghan and Harry to remove “Royal” from their name after leaving the Royal family.

According to DailyMail, Meghan and Harry have been online branding with the name “Sussex Royal.” They have been trying to get the rights to the brand, but it appears they will have to remove it completely per Queen’s orders.

As previously reported, Meghan and Harry previously left the Royal family and gave up their state funding. They wanted to live more normal lives and not have cameras following them all the time.

As of yesterday, they still have “Sussex Royal” in their Instagram accounts. There is no word on if there is a deadline the Queen has gave them to completely remove the name, but it appears that it will be in the near future.

Should Meghan and Harry fight for the right to use the name or let it go?