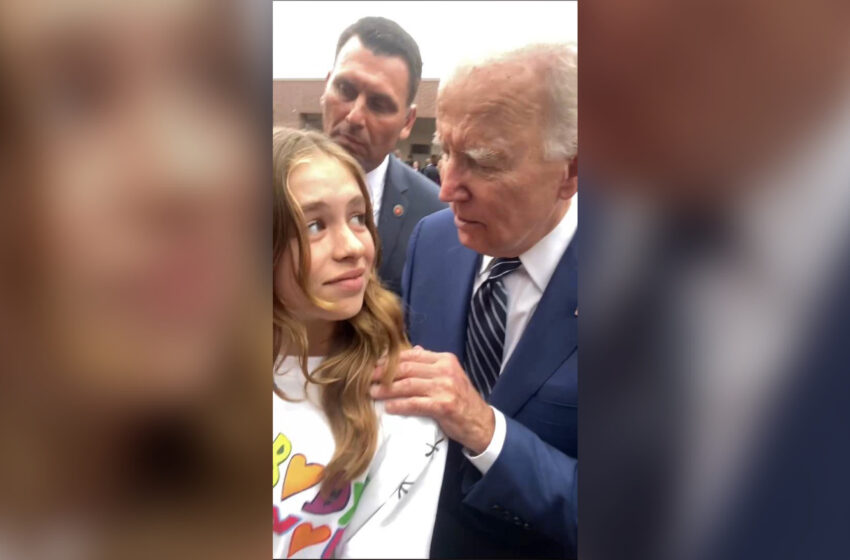 A video has been making its rounds on Twitter of President Joe Biden putting his arm on a young girls shoulder and offering up some unsolicited dating advice, NY Post reports.

Twitter user Kalen D’Almeida posted the video to the platform with the caption,

“President Joe Biden grabs a young girl by the shoulder and tells her ‘no serious guys till your 30’ as she looks back appearing uncomfortable, secret service appears to try to stop me from filming it after Biden spoke @ Irvine Valley Community College.”

when he stopped for a quick photo-op with campus goers. The President is heard telling the young lady,

“now a very important thing I told my daughters and granddaughters — no serious guys until you’re 30!”

To which she responded,

awkwardly laughing off the remark.

The video posted to Twitter has garnered over 2.8 million views and has over 16k retweets. One Twitter user commented,

“Biden’s so damn creepy and inappropriate with children!! Makes my skin crawl.”