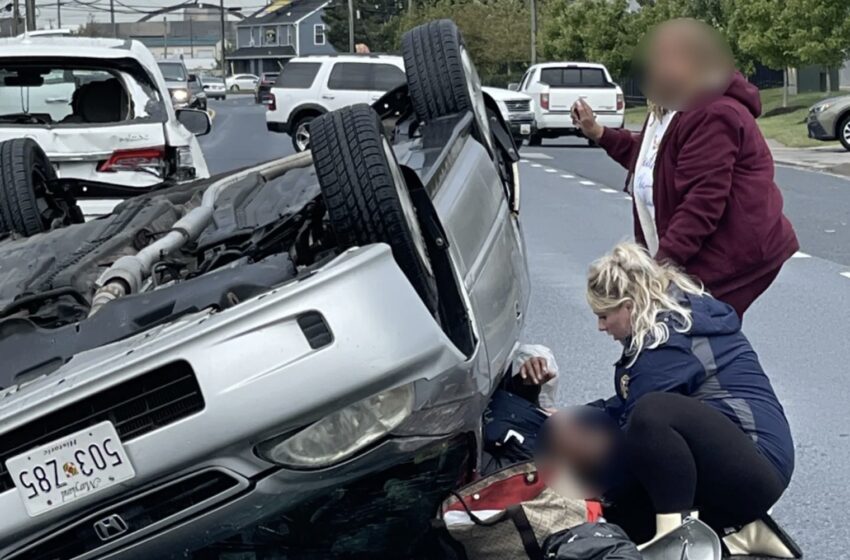 On October 3rd, Maryland firefighter Megan Warfield was involved in a multi-vehicle collision. She was nine months pregnant. According to Today, she initially stepped outside to direct traffic until she saw one of the cars had overturned. She immediately ran to help.

“I started to climb in there with her, but then I was like, ‘What are you doing? You’re nine months pregnant,’” Warfield told Today. “I ended up holding onto her to keep her in place, because I wasn’t sure of her injuries at the time.”

After paramedics arrived, Warfield went to a nearby hospital, to get checked out. It was there that she discovered that the accident had started her labor. “I don’t know how I did what I did because the cramping was so bad,” Warfield said about helping other of the wreck’s victims. “I must’ve just been running on adrenaline.” Less than a day later, she gave birth to a healthy baby girl.

According to the director of public affairs for the Baltimore County Fire Department, EMTs transported six patients to two hospitals. They were all treated for non life-threatening injuries, and are expected to make full recoveries.