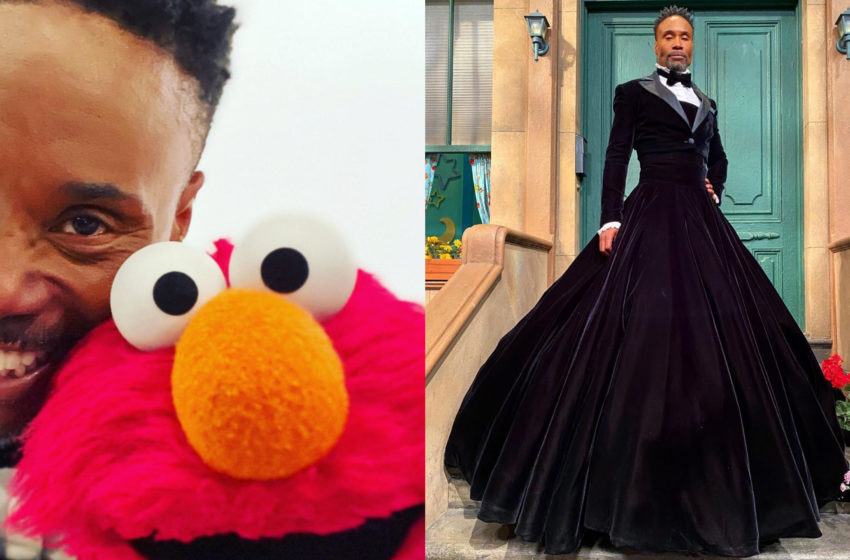 Conservatives and Republicans have been in an uproar since last month’s announcement that Pose star Billy Porter is set to appear on an episode of Sesame Street.

They have even gone as far as to threaten the funding of the show. Several groups have bashed Porter online but recently One Million Moms, a front for the SPLC-rated hate group American Family Association decided to speak out.

In a blog post written by One Million Moms Director Monica Cole, they believe PBS is

Cole continued on her rant calling Porter a,

referring to the Christian Siriano outfit he wore at the 2019 Oscar, and during the filming of his episode on Sesame Street.

Cole didn’t quit there; she asked her readers to sign a petition on the website and “take action and help get the word out about this ridiculous use of taxpayers’ dollars.”

Porter responded on his Instagram killing One Million Moms with kindness stating filming the show was,

“one of the highlights of my life.”

“I know people are all up in arms about me wearing the gorgeous custom [Christian Siriano] tuxedo dress…if you follow me, however, you know the impact it had. The emails, DMs, and messages of good will I received that day (and continue to receive) from parents and their children who have been bullied all over the world and desperately need to see someone like me, being their authentic selves on mainstream media, is far more important than anything #onemillionmoms could ever say.

Did Sesame Street go too far with having Billy Porter on the show or is One Million Moms just doing too much ?!