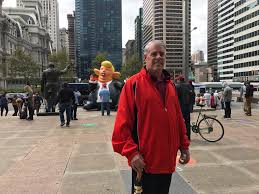 In a now-deleted Facebook clip, Henkel was seen ripping down Black Lives Matter signs tied to a fence in Philly’s Columbus Square.

Per the video, a woman is heard yelling “Black Lives Matter,” to which Henkel replies, “Not to me they don’t!”

Footage of Henkel’s foolishness surfaced on Instagram, drawing the attention of thousands—including the Philadelphia court.

“The court takes the incident very seriously and believes Mr. Henkel’s behavior as shown in the video is egregious and totally unacceptable for an employee of the courts,” the First Judicial District said in a statement to the Philadelphia Inquirer.

On Monday, a Family Court spokesperson released a statement confirming Henkel “is no longer an employee.”