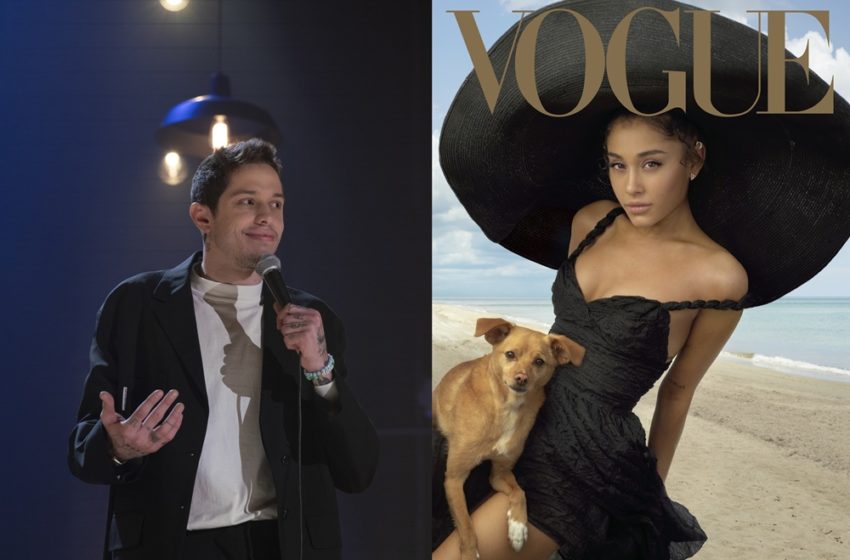 Back in 2018, Ariana Grande and Pete Davidson had a hot summer romance and by Halloween, they were calling off their engagement.

She wrote “Thank U, Next” partially about him, and as a thank you, he made jokes about her during his Netflix comedy special Pete Davidson: Alive From New York.

The Saturday Night Live comedian was upset about an interview she did in Vogue’s August edition.

“My friends were like, ‘Come! We’re gonna have a fun summer.’ And then I met Pete, and it was an amazing distraction.” It was frivolous and fun and insane and highly unrealistic, and I loved him, and I didn’t know him. I’m like an infant when it comes to real life and this old soul, been-around-the-block-a-million-times artist. I still don’t trust myself with the life stuff.”

During the special, he tells the audience that he was not going to make jokes about his ex, but after his friend told him about Ariana’s shade in the Vogue interview, he felt joking on Ariana was “fair game.”

Davidson went on to call her out for spraying herself brown to be on the cover of Vogue. He said if he did that, then his career would be over. Since she pretty much crapped on their romance in the article, Pete says now he is afraid of being taken out by a 9-year-old girl with a ponytail saying, “#canceled.”

Davidson also joked about how Starbucks canceled him after their break up. As we know, Starbucks is such a big fan of Arianas that they gave her her own drink called the Cloud Macchiato.

In the special, Pete says what really pisses him off is that she talked about how big his di*k is. Most men would love that, but he says it is because she has small hands. Now, women, like his exes Kate Beckinsale and Kaia Gerber, are all disappointed because it is smaller than advertised.

On a positive note, he says that his friends and grandfather really liked her song. I wonder how they will feel about the next song she writes about him. I really hope she goes all Taylor Swift on his a$$.

Take a look at Pete’s comedy special trailer below.