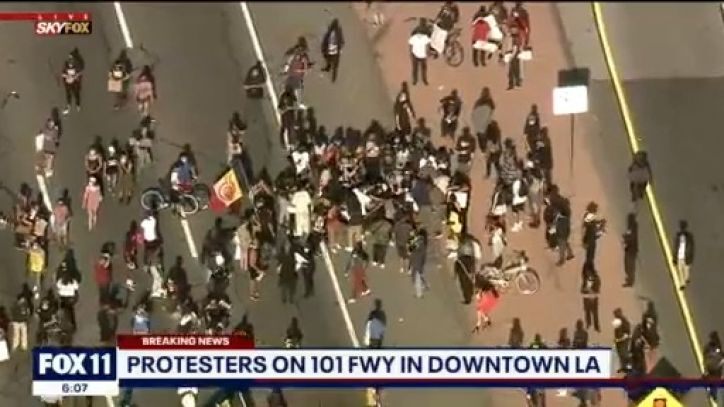 A person was injured, and several police cruisers were damaged during a protest in downtown Los Angeles in response to the senseless murder of George Floyd—a Minneapolis man killed earlier this week while in police custody.

The protest started at 4 p.m., according to Sky FOX. Hundreds swarmed the scene, and a number of protesters were caught on camera jumping around, vandalizing police patrol cars, and stopping traffic.

The injured protester apparently sustained physical damages after jumping onto the hood of a California Highway Patrol (CHP) cruiser and falling off of the car. The police vehicle sped away after protesters shattered its windows.

The unnamed person was taken to a nearby hospital; however, their condition and injuries are currently unknown.

Watch the full video below