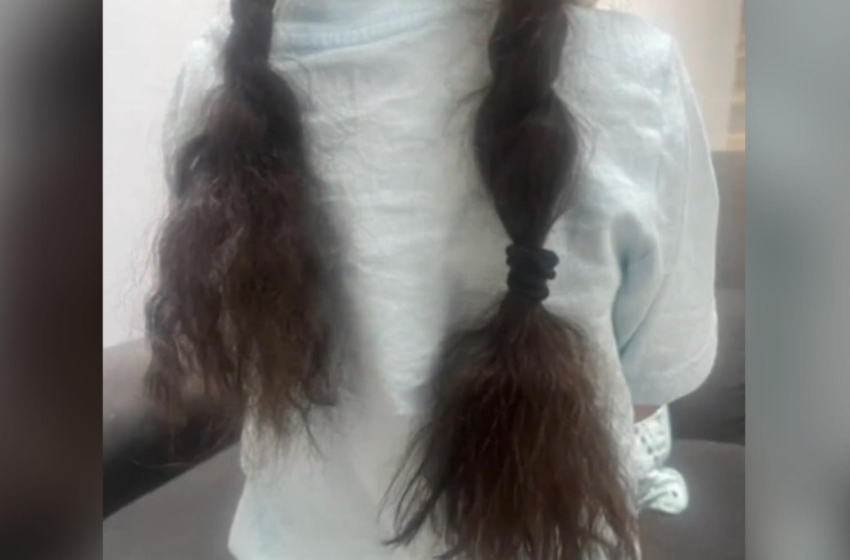 Georgia parents are disturbed after they say a teacher’s aide cut off their 5-year-old son’s hair, who has special needs, without their consent, per CNN Newsource. The family also went on to admit that the reason for the act is unclear.

The parents say they’ve never cut their son’s hair and view his hair as a sense of pride. Carla Royston says both her and her husband viewed this act as a sign of disrespect after the teacher’s aide cut the young boy’s hair.

“there’s no way to justify what she did. What pushed you to point that this is ok to do this?”

The mother received a call from the principal informing her that her son’s hair was cut off by a teacher’s aide. Her son, Jax, went to school on that particular day with two braid as his hair was long. When he was picked up from school by Royston, a few inches was cut off, which was put into a bag.

“It’s an overwhelming feeling of guilt because you trust someone,”

The student’s teacher claimed that the class split into sections and the teacher’s aide worked Jax and an additional student. Shortly after, the unidentified teacher’s aide left the classroom without an explanation. Royston said that her son’s teacher wondered

that caused the aide’s unexpected departure. Another student told the teacher that Jax’s hair was cut, per reports.

“And so then she looked by his seat and there was hair on the floor,”

The principal of the school wrote a letter to parents claiming that HR and authorities will be investigating the matter. He also said the aide is banned from the school.

Jax’s parents have taken him out of the school and decided to take legal action against the aide.