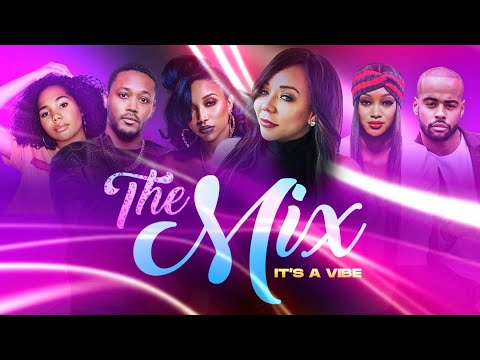 ‘The Mix’ on FOX SOUL is here to stay as the show impacts the younger generation and inspires their audience to be “unapologetically African American,” said one of the hosts, Jamie DuBose. Onsite caught up with the show’s hosts, Zonnique Pullins, Anton Peeples, Jazz Anderson, and Jamie DuBose.

The hosts discussed what motivated them to create the show and how they feel it impacts the younger generation. During the interview, Peeples pointed out that as a young African American man, he felt like he wasn’t being represented properly on TV. As a talk show lover, Peeples believes that the youth’s perspective should be amplified which will allow the upcoming generation to have a relatable perspective to connect to.

“I felt as though I wasn’t being seen or heard and my experience wasn’t being broadcasted on TV, and I felt like there was a specific group that was being left out on each show. I really wanted to not only create but be a part of a show that gave a voice to the young, to the black, to the gifted.”

Pullins mentioned that she’s happy to have cultivated a show that speaks and connects to the youth on a different level. She said,

Anderson agreed with Pullins and added that it was significant for her to be a part of ‘The Mix.’ She said,

“It was important to join and be a part of it because I felt it was an opportunity where I can be unapologetically black, I can be myself, and I can also have these insightful dialogues with my peers.”

DeBose, who is Gen Z and the youngest on the show, says she felt as if she had to join ‘The Mix’  to showcase to the masses that her generation is articulate and educated. She said,

“People will sleep on us a little bit but [I’m here] to show, we are educated, we can make smart decisions for ourselves, and we are able to be a part of these serious or fun conversations with people that are older than us.”

#Clique, don’t forget to tune into ‘The Mix’ on FOX SOUL