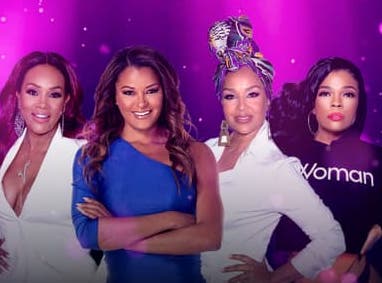 Onsite spoke with Claudia Jordan and Lisa Raye from ‘Cocktails with Queens’ on FOX SOUL. The queens spoke about how the show was cultivated, and the ways controversial topics they discuss are perceived by the public.

Originally, Jordan hosted a show on the network called ‘Out Loud with Claudia Jordan.’ She mentioned she had some of the ladies on her show as guests and it turned into what she described to be

Lisa Raye said when the ladies were all guests on ‘Out Loud With Claudia Jordan’, they had

“I had a whole list of topics to go over, and we were just having so much fun like we were just off-script for most of the show, and it was so fun. So, like, within two minutes after the show went off, I reached out to my producer, I go, yo, we got to have them all back next week.”

What appeared to be a simple interview with friends led to the birth of ‘Cocktails With Queens’ featuring Claudia Jordan, Lisa Raye, Syleena Johnson, and Vivica A. Fox. The women discuss topics from pop culture to current events. Some discussions on the show has even started debates throughout social media.

“absolutely, we are always being attacked, we are absolutely used to that. So, that doesn’t stop us, that doesn’t hinder us. It makes us and allows us to look at the comments and be able to come back to speak on it again.”

Jordan mentioned when it comes to receiving backlash from fans on the internet, media outlets tend to post short clips of the show which causes viewers to form an opinion based on a small clip.

“We have these conversations.. They’re not to be I’m right, she’s wrong, she’s right, I’m wrong. It’s about, to have a conversation and to open us up to talk about it.”

“when we say something, all too often, they take a small part and not the whole conversation and that’s how media’s been going for a long time so you don’t get the full context of the entire conversation….. I think anyone can be demonized and taken out of context if you only show half of the conversation, or a headline and not the entire statement.”