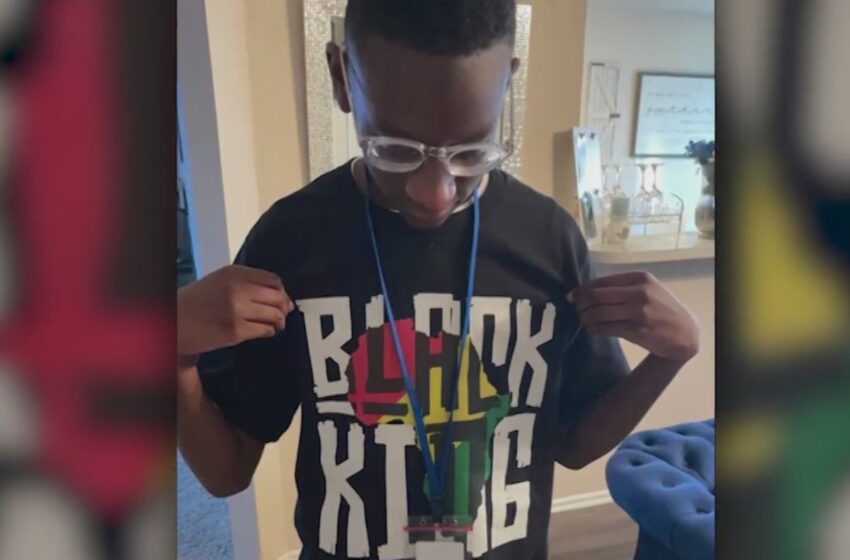 A middle schooler in Oklahoma says a teacher called his shirt that said “Black King” on it racist and then declared in front of the class that there should be a white history month.

The incident involving Latrell Taft and his unnamed science teacher happened at Heartland Middle School in Edmond. He says she paused teaching to confront him about the shirt, and that most of his peers were agreeing with her statements.

She said that if she had a shirt that said ‘White Queen’ it would have been racist,” Taft said. “Then after that, she said we need a White History Month. I said Black people don’t have enough recognition and we barely learn about Black people in February at my school.”

His mother complained to the school but she says she was not taken seriously. Eventually, the teacher was placed on leave, and there is an investigation underway now.

Clique, do you think the teacher should be fired for her comment?