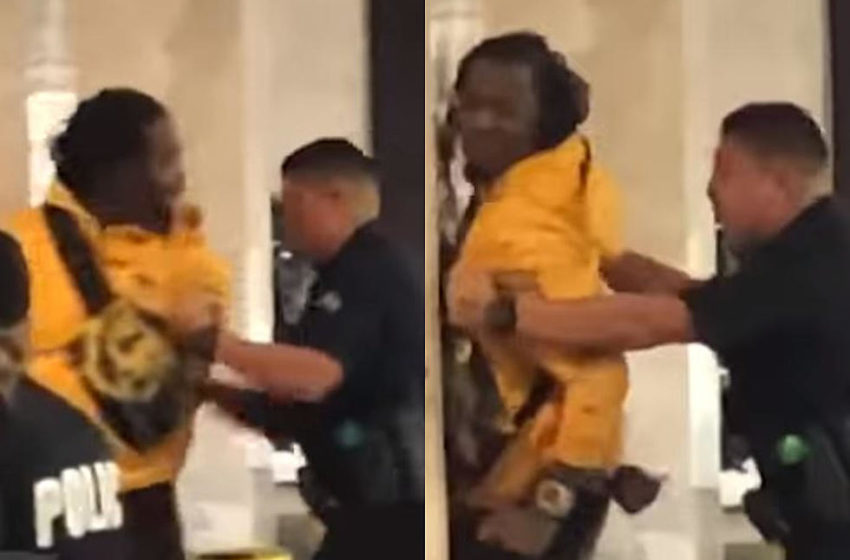 Migos rapper Offset has been detained by the LAPD following a report of a person with a gun at an L.A. shopping center.

The Grammy-nominated rapper was arrested after cops got a call just before 8 PM of a person with a gun inside the parking structure at The Grove shopping center, TMZ reports. The outlet says the person who had the weapon allegedly fled the scene, but somehow Offset and members of his entourage were detained.

Cops haven’t confirmed if Offset or his entourage had any weapons but video shows him questioning why he’s being detained.

UPDATE: He’s been released. Offset claims it was mistaken identity.