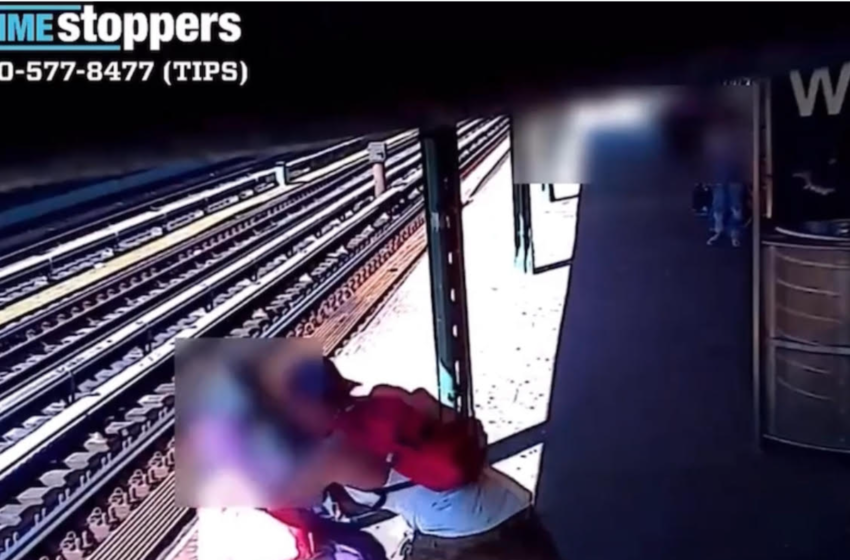 Officials are seeking a man who attacked a 52-year-old woman by pushing her onto New York City train tracks. Shocking footage shows the encounter as the woman is seen standing on a train platform in the Bronx, and a stranger approaches her, lifts her up, and then pushes her onto the train tracks.

According to Fox News, it’s unclear what provoked the attack or if there were any words exchanged between the pair before the incident.

Luckily, the woman is in stable condition after being rushed to the hospital; however, the suspect is still at large. Commissioner Sewell tweeted,

“NYC, we need your eyes and ears to find this individual who pushed a fellow New Yorker on the subway tracks at the Westchester and Jackson Avenue station the Bronx. Fortunately, she’s recovering.”