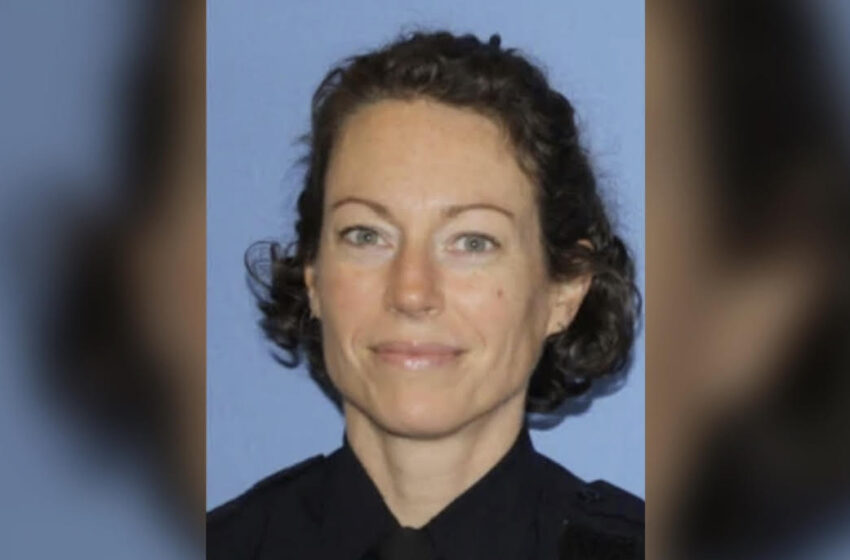 A Cincinnati officer, is facing backlash after she was caught making inappropriate racial remarks. Officer Rose Valentino was driving

precinct in April when cars that lined up near Western Hills University High School appeared to block her. WCPO obtained bodycam footage that showed the officer of 15 years growing frustrated and turning on her sirens. A black teen apparently walks by and sticks up his middle finger at her, which made her angry. She is heard on video saying,

The officer, who reports say has a clear history of being forceful, has been suspended following the remark, says city officials. John Curp, interim city manager said,

“Officer Valentino will not be on city streets in uniform, wearing a badge, or carrying a firearm.”

“I was appalled to see Officer Valentino display such hateful, angry, and racist language. Our law enforcement represents all of this city, and Black Cincinnatians deserve to feel safe knowing they will be treated with mutual respect. A fair and complete process needs to play out, but someone demonstrating this behavior has no place in a world-class organization like CPD.”

An internal investigation confirmed that Officer Valentino admitted to using the slur in response to the teen’s act. The woman reportedly blamed the mental tensions of being an officer as well as being influenced by popular music on the use of her racial slurs.

However, the officer has a vast history of being aggressive. She joined the force back in 2008 and in 2018, Officer Valentino was one of the officers who was named in a lawsuit after she pulled out a gun as well as handcuffed a black realtor who showed a black client a home. The incident was accidentally reported to be a break-in. The city eventually settled for more than $100,000.