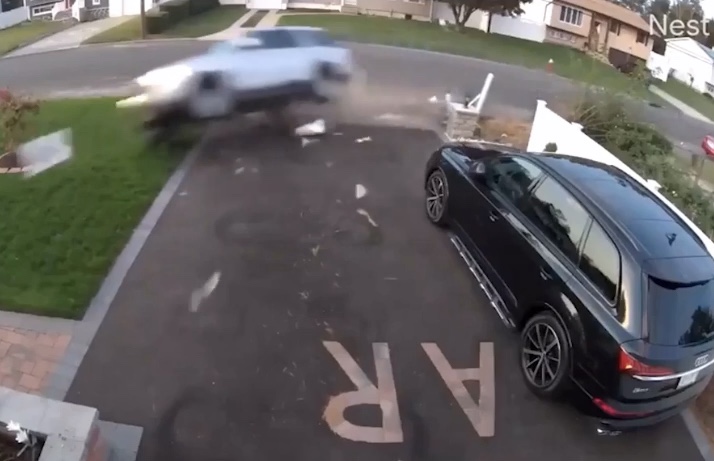 Ashley Thomas-Smith, a New York mom put her life and the lives of her three toddler daughter in jeopardy, after drunkenly flying off the road and into a Long Island home.

Sipping and zipping, allegedly, Thomas-Smith, 34, was reportedly speeding her Lincoln SUV through a Brentwood neighborhood with her children—ages 4, t and 8—in tow, when she lost control and smashed into the front of a house, Suffolk County Police said.

Thomas-Smith and her daughters were taken to Southside Hospital in Bay Shore, but were uninjured and released to their father, according to authorities.

She was arrested and charges with driving while intoxicated and endangering the welfare of children. Thomas-Smith pleaded not guilty to all charges and was released on her own recognizance with an alcohol monitoring bracelet.