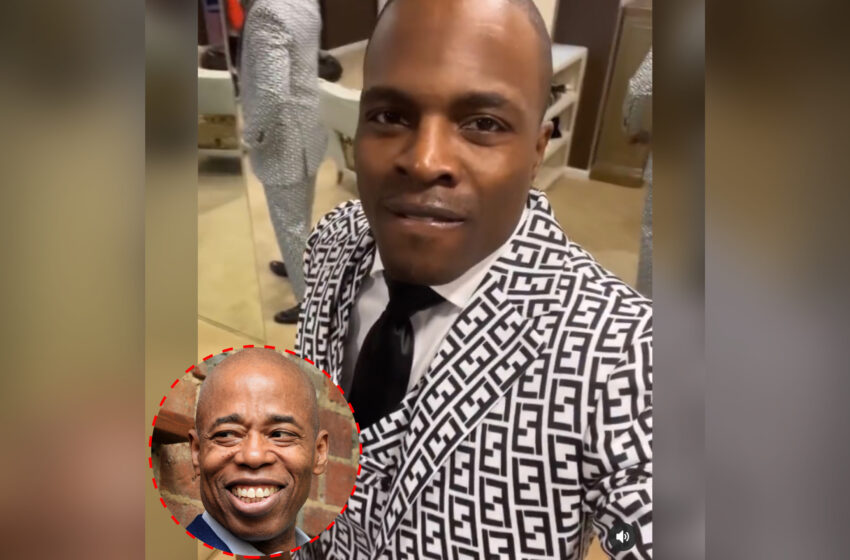 It looks like New York City Mayor Eric Adams isn’t in agreement with Mr. ‘Gucci down to the socks’ Bishop Lamor Miller-Whitehead after denying his request for ‘special gun permits’ to protect ‘houses of worship’ in New York City, per FOX News.

At a press conference held by Adams on the expansion of the city’s speed camera program, a reporter asked about Bishop Lamor Miller-Whitehead’s recent demands for pastors and other members of the clergy to be armed In New York City.

“Do you think it’s a good idea that like clergy should get a special dispensation when it comes to gun permits?”

quickly moving on to the next question.

The Brooklyn bishop who has been vocal about his love for flashy ‘designer wear’ was robbed on July 24 while delivering a live-streamed sermon after three masked gunmen ambushed his congregation. Police say Whitehead was robbed of $1 million in jewelry.

Miller-Whitehead who has a long-standing relationship with Adams called on the New York City Mayor and Governor Kathy Hochul to pass a law that allows clergy to carry guns to protect the church.

“They need to pass a law expeditiously that pastors of houses of worship — anyone on the ecclesiastical staff — need to be able to have permits for firearms,”

he asserted at his very own press conference outside of Leaders of Tomorrow International Ministries in Canarsie Brooklyn on Friday. The Bishop who reportedly has prior convictions of his own for theft and grand larceny said that shouldn’t be considered.

“No matter if we have a record, it should be exempt… we should be able to bear arms as the Constitution says,”