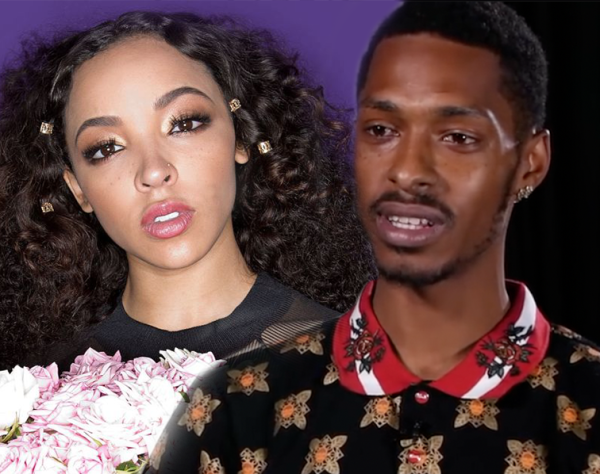 New Boyz member Ben J is still salty af about Tinashe allegedly breaking up the rap group. He recently called her a “bum a** b*tch” during an interview with DJ Vlad.

Tinashe was dating group member Legacy at the time of the group’s breakup in 2013 and for some reason, Ben J feels like it’s all Tinashe’s fault. Now, in 2020 Ben J still feels the need to shade Tinashe over the groups split 7 years ago!

“That n*gga Legacy ain’t f*ckin’ wit’ me. I can’t get him to be a part of the group. I don’t know how you’re going to get him up here to do this interview,” Ben J responded when Vlad asked about a possible interview with the group.

“He pretended like he had a f*ckin’, a uh… what they call it, a stomach virus. He was food poisoning, but that was just some bullsh*t because Tinashe told him like, ‘that sh*t is childish. Don’t do that.’ Don’t do this.’ He wanted to stay with Tinashe and work on her career.” He went on to say, “Legacy is a big part of why Tinashe is who she is. He produced, like, her whole first project. You know what I’m sayin’ and shot all her videos and she gave him no credit. You know what I’m sayin’ – I’m like ‘bruh, that’s foul – how you leave your group for this bum ass b*tch?'”

Wait an entire minute! Why is he cussing out Tinashe like that?! How do y’all think Tinashe should respond? Swipe left below to watch the clip.