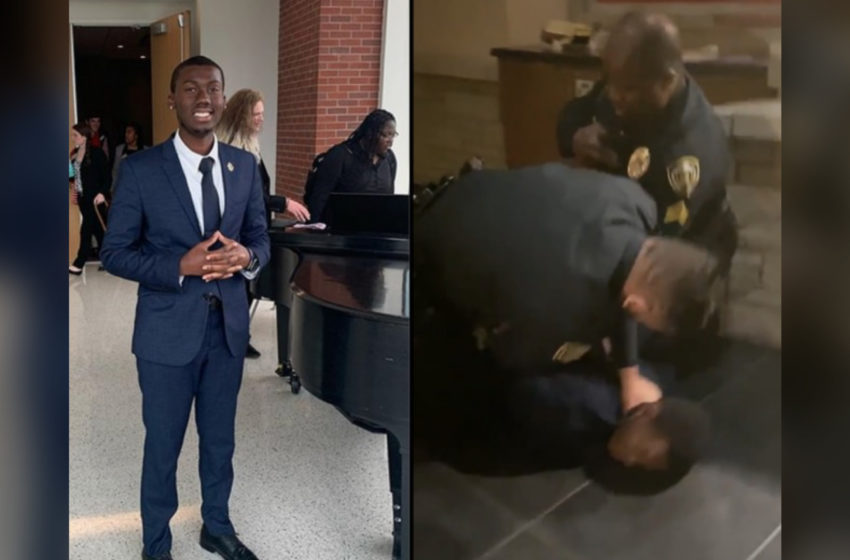 Sophomore and President of Class 2022, Verdant Julius returned to his residence hall with two friends, Mantryll Williams, and an unidentified woman. Officers stopped the group upon entering.

The students were asked by the officers to show their university-issued Id’s. Julius’s female friend was advised to leave since she didn’t live in the hall.

Julius asked the officers why, and that’s where things escalated. One officer told Williams,

”If you take one step closer, I am going to have you arrested for obstruction of an investigation.”

In the video that was shared over 1.2 million times, Julius did not resist but was still thrown to the ground by officers. He was charged with resist, delay or obstruct of a public office and trespassing according to Winston – Salem Journal.

Williams, who shot the video, quickly created a petition gaining over 8,000 signatures urging campus police to drop the charges against Julius.

A & T Police chief Charles Wilson released Julius after documenting he promised to attend court. University officials released a statement placing both officers on indefinite administrative leave while the investigation is ongoing.