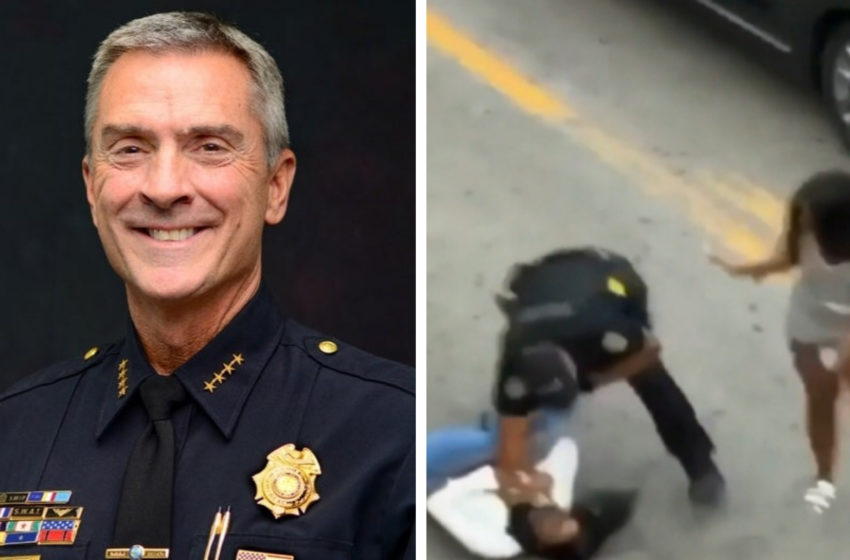 The Miami Beach Police Department is accused of racially profiling and over-policing Black spring breakers after several viral videos surfaced over the weekend.

One video shows officers trying to break up a crowd after a fight broke out. Two men in the video can be seen walking away and one is grabbed by the arm of an officer.

The male snatched his arm away, and both men were tackled by several MBPD officers. Both men were charged with resisting arrest without violence.

Another video shows a police officer chasing someone and colliding with a young woman. In the video, he quickly stood up and shoved her after she kicked towards him. The officer retaliated by grabbing her by the neck and holding her face on the ground. She was arrested for resisting arrest without violence and battery against a police officer.

The Miami-Dade chapter of the NAACP had enough of the treatment. They’re demanding the police Chief Richard Clements and Miami Beach City Manager, Jimmy Morales resign according to the Miami News Times.

“I’m not calling Jimmy or the mayor racist, but it has racial overtones when you only do that with one population. You can’t tell me that on the other spring break weeks when you have white college kids come down, the kids don’t also act unruly? Why is that different? There’s only one common denominator.”

We will keep you updated as new updates become available. See the NAACP’s reaction to the young woman being arrested below.