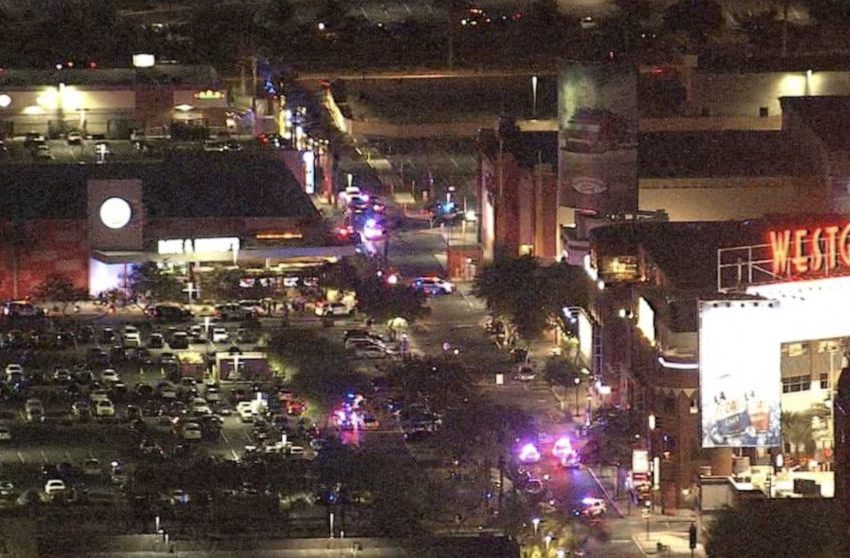 Three people were shot at an Arizona outdoor mall Wednesday night, and one suspect is currently in custody.

The incident took place around 7:25 p.m. at the Westgate Entertainment District in Glendale, just outside Phoenix. One victim is in critical condition, the other two have non-life threatening injuries and are expected to survive.

Glendale Police arrested the suspected gunman, Armando Hernandez, 20, who reportedly revealed his plans to carry out the shooting, via his Snapchat, moments before executing the violence. “Hello, my name is Armando Junior Hernandez, and I’m gonna be the shooter of Westgate 2020,” he said as he flashed a beer can and then showed guns in his back seat.

Glendale Police Officer Tiffany Ngalula said the shooting was over by the time officers arrived, adding police, “challenged the suspect and were able to take that person into custody.”