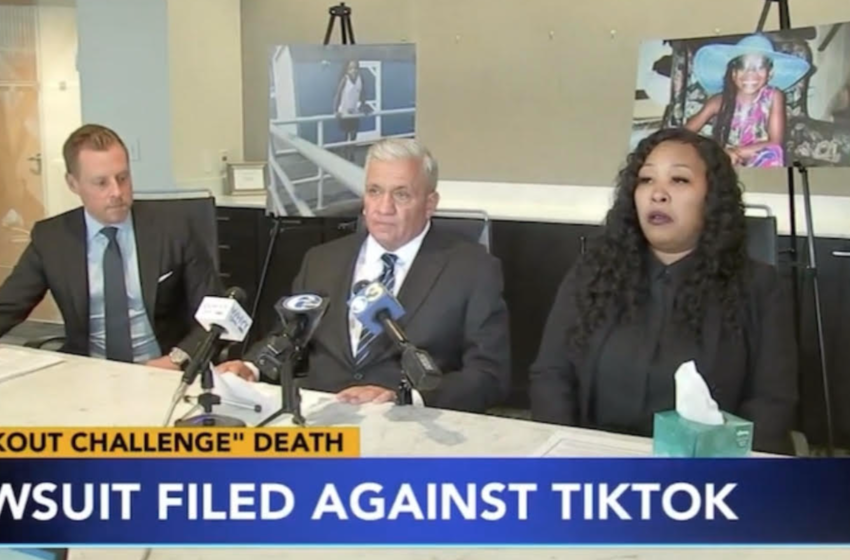 The challenge consists of participants strangling themselves until they pass out, according to ABC12.

Sadly, the 10-year-old girl, Nylah, was discovered unresponsive in her room back in December. She was later pronounced dead at a hospital on December 12.

According to the complaint,

“The TikTok Defendants’ algorithm determined that the deadly Blackout Challenge was well-tailored and likely to be of interest to 10-year-old Nylah Anderson, and she died as a result. The TikTok Defendants’ app and algorithm are intentionally designed to maximize user engagement and dependence and powerfully encourage children to engage in a repetitive and dopamine-driven feedback loop by watching, sharing, and attempting viral challenges and other videos. TikTok is programming children for the sake of corporate profits and promoting addiction.”

“I want to hold this company accountable. It is time that these dangerous challenges come to an end, that other families don’t experience the heartbreak we live every day.”

A spokesperson from TikTok said in a statement,

“This disturbing ‘challenge,’ which people seem to learn about from sources other than TikTok, long predates our platform and has never been a TikTok trend,”

“We remain vigilant in our commitment to user safety and would immediately remove related content if found. Our deepest sympathies go out to the family for their tragic loss,”