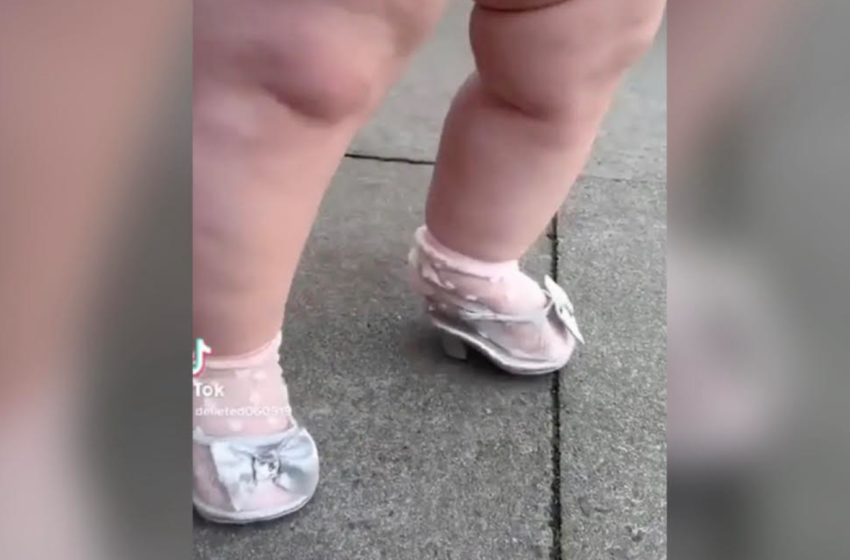 It looks like a mama is receiving backlash after uploading a video to TikTok of her young child walking in heels. The video uploaded to the social media platform by Pearlmcd4 has already garnered over 100,000 views with more than 200 comments from confused TikTok users.

In the video, the child is seen walking in small heels. It’s unclear how old the child is; however, many users seemed to be outraged, as one user wrote,

“You can literally see her ankles going and feet slipping off (despite being soft) Who even thinks of doing this to their toddler??”

“But won’t the shoes hurt the babies feet? Joke or not it still isn’t right.”

The mother wrote in the comment section, quickly revealing that the heels she put on her child were from Build-A-Bear. She commented,

“They ARE BUILD A BEAR SHOES THEY ARE SOFT AND HER HANDS WAS BEING HELD thank you for all your concerns.”

“Doesn’t make it any better shouldn’t do it just for ur entertainment.”