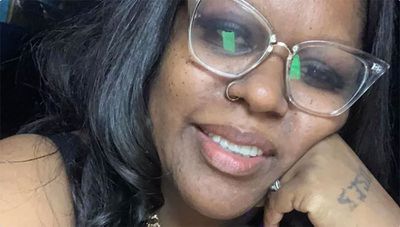 Kesha Luwan Lucille Tate was cooking for her family as her neighbor, Nicholas Skylar Lucas, was shooting targets in his backyard with his friends. From her back door, the 42 year old politely asks him to stop firing his gun. Minutes later, after pulling back her curtains to look outside, Kesha was shot in the chest, as reported by Associated Press. The mother of nine was then rushed to a local hospital, where she later died from her wounds.

“I thought she was going to bury me first,” said Beverly Wray, Kesha’s mother. “I went up there today to pick up caskets for my baby. I didn’t think I had to do this.”

“If that man got to know my sister he would’ve never killed her,” said Denise Tate. “She would’ve gave him a place to stay, foot to eat, clothes, all of that. Anything he needed, even for his family, she would’ve helped.”

A GoFundMe page created for Kesha’s funeral expenses has now raised over $13,000. Hoping for change in state laws, the family has proposed a “Kesha Tate Target Law” to prevent any form of target practices occurring within residential neighborhoods.

Tags: and discharging a firearm into a dwelling Kesha Luwan Lucille Tate Kesha Tate Target Law murder Nicholas Skylar Lucas use of a firearm under the influence