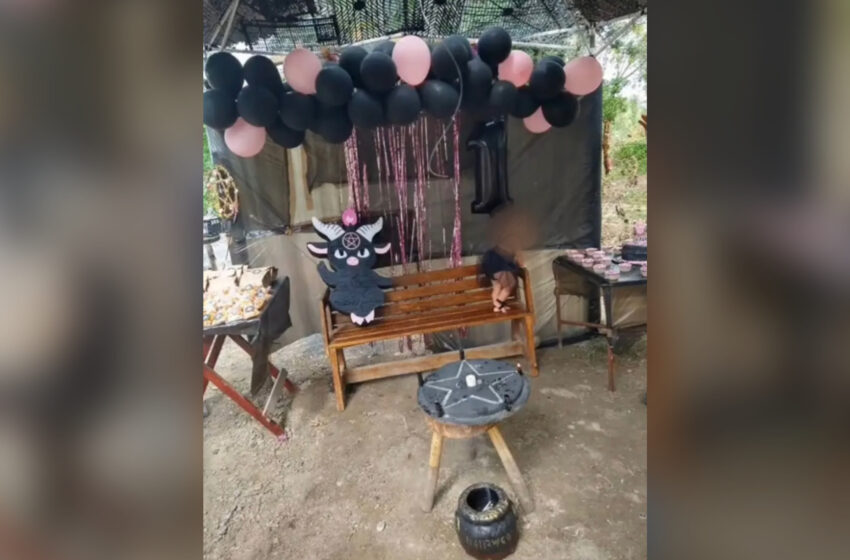 TikTok users are accusing a mother of throwing her 1-year-old daughter a ‘Satanic’ themed birthday party, NY Post reports. Janeth Zapata posted moments of her daughter, Lilith’s 1st birthday party, where the baby is seen dressed in all black with black and pink decorations and a piñata that favors Baphomet,

with a pentagram on the birthday cake, reports note. The now-viral video has gained over 2.3 million views on the platform with the caption,

“Rumors say I had the best outfit for my first birthday .”

in the background. In part of the slideshow Zapata shares the party invitation to which she describes Lilith as,

TikTok users took to the comment section to sound off on their disapproval of Zapata’s party theme. One user said,

“I really don’t know what went through the mom’s mind.”

Another TikToker pointed out that Lilith also has the same name as a female demonic figure of Jewish folklore (mythology), which also means

Zapata defended her theme choice, telling the outlet that,

“we’re not Satanists. There were guests. The party didn’t have anything Satanic. The piñata isn’t Satan, nor the Devil, it’s Baphomet. The pentagram isn’t inverted because it’s not Satanic.”

#Clique, what are your thoughts