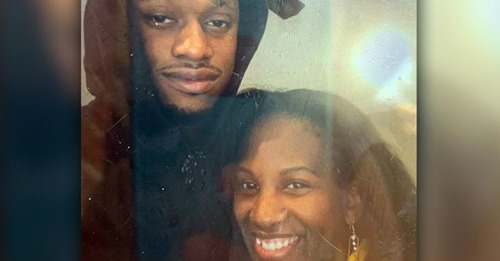 Patrice Chambers and Mark Pamphile are facing charges after dumping Chambers’ 6-year-old daughter on a street in Queens Monday morning.

Surveillance video caught Chambers and Pamphile driving off after allegedly tossing the little girl’s belongings out of the window as she exited the car. According to Queens District Attorney Melinda Katz, this happened near the kid’s biological father’s home.

It was reported that Pamphile previously left a voicemail on the father’s phone, threatening to abandon the child if he didn’t pay Chambers support. In that same message, he allegedly said the little girl would be homeless because she’s “crying like a little b*tch.”

Both Pamphile and Chambers have been charged with abandonment of a child, reckless endangerment in the second degree, and endangering the welfare of a child. If convicted, they face up to 4 years in prison.

The little girl, fortunately, was found by a good Samaritan and is now in the custody of child protective services.

The stranger who saved the little girl talks to CBS New York about her experience down below.