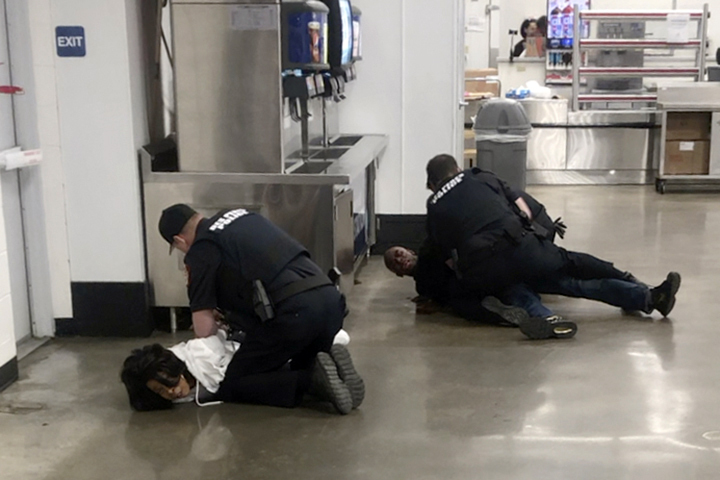 Marvia Gray, 68, filed a lawsuit against several police officers who attacked her and her 43-year-old son, Derek Gray, at a Sam’s Club in Missouri after they were falsely accused of stealing a television.

Marvia and Derek brought several items from the store—including the television—but, because the large electronic couldn’t fit in their car they made arrangements to come back and pick it up later, according to the Associated Press.

When Derek came back for the television, an employee accused him of stealing it. Eventually, another Sam’s Club staff member intervened and verified his purchase with a copy of the receipt.

Upon leaving the store Derek was followed by an officer. He told his mother about the incident, and they decided to return the item.
When they re-entered the store they were, “violently and physically” seized by four officers—an assault that was captured on camera.

Marvia was charged with resisting arrest and interference. No charges have been filed against Derek.