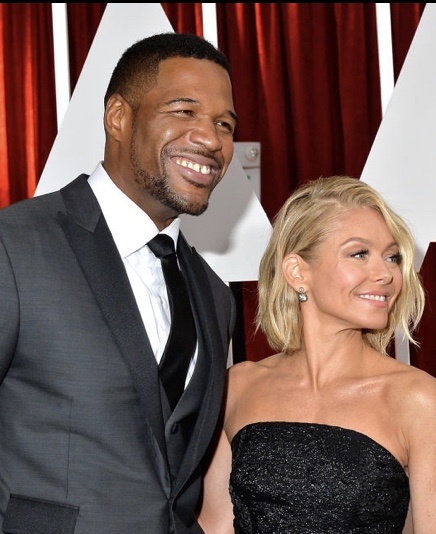 Michael Strahan and Kelly Ripa’s hosted the hit talk show “Live! with Kelly and Michael” from 2012 to early 2016, and Michael won two Daytime Emmy Awards for his contribution to the show’s success. But behind the scenes, things weren’t as cheerful as the pair made it seem on-air and Michael is clearing the air about his relationship with Ripa and his departure from the show.

In an interview with the New York Times, Strahan mentioned that he’s had jobs where he arrived and thought

“Wow, I didn’t know I was supposed to be a sidekick. I thought I was coming here to be a partner.” When asked to clarify if he was talking about Kelly and “Live!” he said, “It was an experience” before elaborating on his departure from the show. ” … I remained the same person I was from day one. One thing I will not do is alter my attitude for somebody else’s. I learned so much from Kelly, so much from [producer] Michael Gelman. When it was time to go, it was time to go. Certain things that were going on behind the scenes just caught up.”

The former NFL star announced he was leaving the show on April 19, 2016, and would be moving on to “Good Morning America” where he was already making regular appearances. Michael officially left “Live!” on May 13, 2016.

In regards to his departure, he said,

“It could have been handled better. People who should have handled it better have all apologized, but a lot of the damage had already been done. For me, it was like: Move on. Success is the best thing. Just keep on moving … I tried to … have a meeting every few weeks with [Ripa]. We met a few times, and that was fine. But then eventually she said she didn’t need to meet. Can’t force somebody to do something they don’t want to do.”