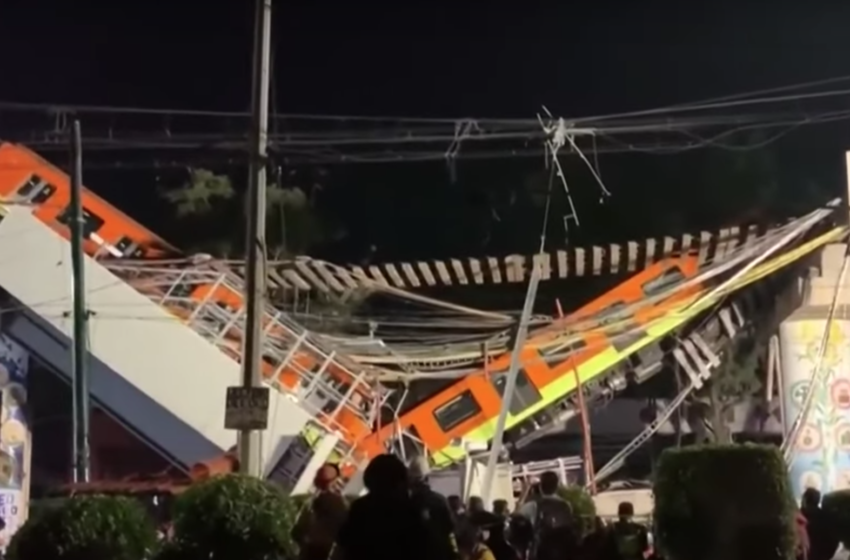 A bridge collapsed in Mexico City as a train went over it, causing the subway cars to fall to the street below. NBC reports at least 23 have died in the accident.

This happened Monday night in the southeast part of the city. Mayor Claudia Sheinbaum told news crews that a bridge support beam gave out as the train went over the bridge.

The tragic incident was captured on camera, showing the moment the train falls from the tracks and onto a busy road below.

The death count is at 23 currently, and there is no news yet if children are a part of that number. Dozens more were injured, and an investigation is underway.

Clique, send your prayers to those involved in this train wreck!