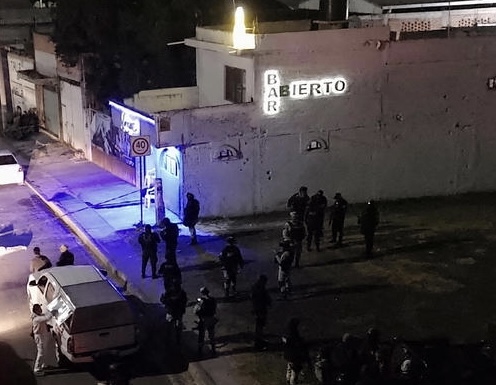 In Guanajuato, Mexico, a local gang known as the Santa Rosa de Lima gang has been in a turf war with the Jalisco Cartel. On Wednesday night, a bar massacre occurred, the third one within the last few months. According to CBS News, nine were left dead, including four of the bar’s waitresses.

Authorities say that the bar was targeted by the Santa Rosa de Lima gang after the owners pledged support to their rivals. After the slaughter, the attackers left messages in the blood of the victims, which served as a warning to others.

In October, another dozen people were killed in a bar attack in a neighboring Guanajuato city. A month prior, a bar in another town lost ten people in a massacre similarly to the two others. The violence and bloodshed is expected to continue.

“Some of the attacks have been carried out to kill drug dealers, lookouts, or cartel members who were having a night out at the bars,” said security analyst David Saucedo. “But they become massacres, because they kill waitresses and customers as well.”

The Department of Justice refers to the Jalisco Cartel as “one of the five most dangerous transnational criminal organizations in the world.” In order to match them in support and power, the Santa Rosa de Lima gang is now being backed by the Sinaloa Cartel, the most active Mexican cartel in Colombian territory.