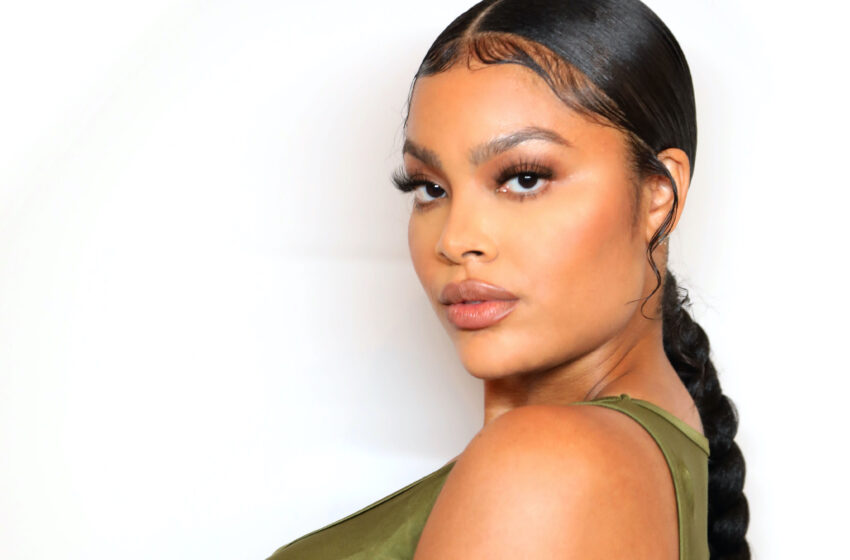 Mehgan James may have once been the bad girl we know and love; however, Mehgan is hanging up her horns and showing us a different side of herself in her new show, Notorious Queens, on AllBlk operated by AMC. Notorious Queens follows the lives of four women who are infamously known for their associates and/or partners.

It’s been almost 10 years since Mehgan made her reality TV debut on season 9 of Oxygen’s Bad Girls Club. Since then, Mehgan has appeared on shows such as Basketball Wives: L.A. and Marriage Boot Camp. Compared to her previous appearances, Notorious Queens is a little different.

“The main reason why I wanted to join the Notorious Queens because the [executive producer] told me it would be focused on my life,” Mehgan explained to OnSite! “I feel like I’ve done a million reality shows where only one aspect of my life was focused on, like who I was dating or my attitude with Bad Girls Club.”

Alongside Mehgan appears her fellow Notorious Queens cast Tonesa “Toni” Welch, Stormey Ramdhan, and La’Britney. Despite the differences encountered by the ladies, Meghan says she sees similarities between one another.

“We’re all entrepreneurs in our own right. We all struggle daily with the job of being an entrepreneur,” she said. “People think it’s just so easy. People think that because you have a huge social media platform you could just post something and it sells. … Being able to connect with three other ladies who are entrepreneurs has helped me  with my journey as an entrepreneur.”

Viewers of Notorious Queens can expect to see Mehgan in a different light, as the show hones in on her personal life off-camera, including details of her estranged family dynamic. Mehgan hopes to show the world who she really is as she moves forward from her previous reality TV appearances.

“This show got to focus on my real life, my real friends, what I really do for work, where I live, traumas, trials and tribulations I really go through as human being,” Mehgan said. “I was excited to sign onto this project because I wanted to finally, after 10 years of reality TV, get to show people who I really am.”

#Clique, press play below to watch the full clip.