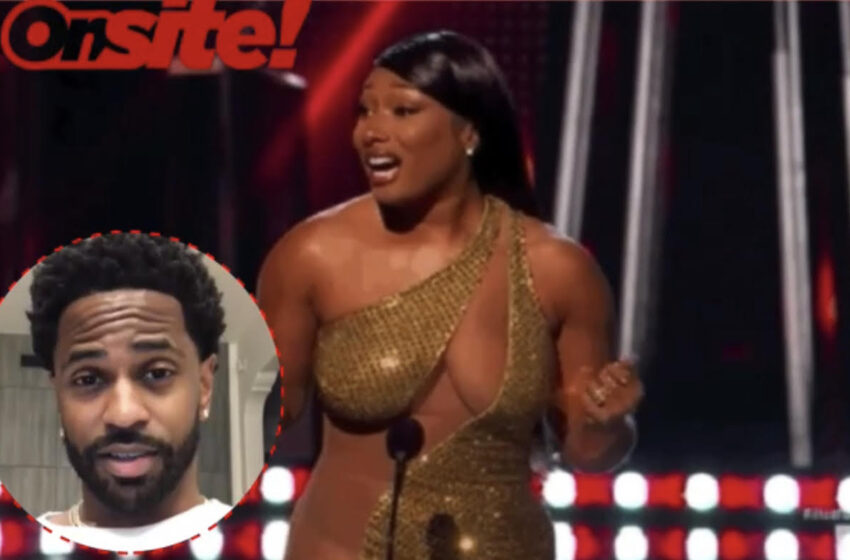 It looks like Big Sean and Megan Thee Stallion are going to court after a pair of songwriters accused them of taking their song, according to Radar. Court documents say Harrell James and Duawn Payne have filed a lawsuit against Big Sean, Megan Thee Stallion, Universal Music, and 1501 Certified Entertainment. The suit noted that Payne is known as ‘Go Hard Major’ and James goes as ‘H Matic.’ The pair claimed they wrote a 2012 song titled Krazy as the song was uploaded to ReverbNation. James and Payne noted that they disturbed CDs throughout Detroit as well as performed the song in clubs.

According to the suit,

The songwriters said Meg Thee Stallion released her album Good News back in November 2020 which included her song, Go Crazy featuring Big Sean and 2 Chainz. The pair said the song’s chorus is

to their song. They also noted that the wording of Meg’s song is practically “identical,” reports Radar.

The lawsuit went on to say,

“The sale of thousands of physical copies of CD’s featuring the Copyrighted Work on the streets of West Detroit and the parking lots of hip hop clubs in West Detroit frequented by [Big Sean] provide further access of the Copyrighted Work to Defendants….Upon release, the Infringing Work sold reportedly 100,500 units for the first week of its release. Since the debut, the Infringing Work has reportedly gone platinum, meaning more than one million copies have been sold”

“to put them on notice of the alleged infringement”

yet, James and Payne said the artists disregarded

The artists are being accused of copyright infringement.