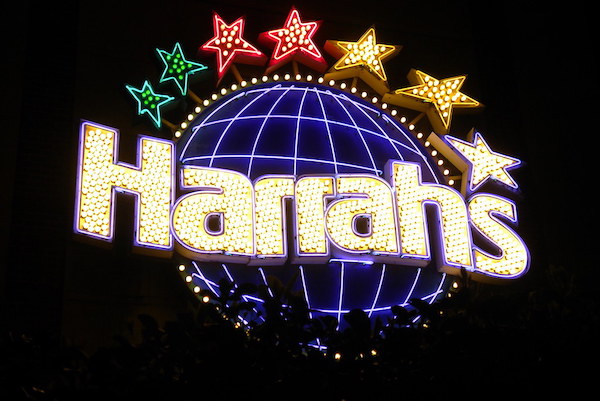 A huge brawl broke out at Harrah’s Resort in Atlantic City earlier this week, with suit-clad men throwing chairs and beating each other… and it was all caught on camera. Authorities said one person was injured, according to Press of Atlantic City.

Video taken by witnesses to the fight shows a huge commotion involving dozens of people in a dining area. A security guard rushes in at one point, but he is unable to control everyone.

Men are seen picking up chairs and launching them around, and women are screaming for people to stop. One group is seen targeting a man who is lying in the fetal position on the ground, calling him a “bi***” as they beat him.

Authorities later said that one person had to be transported to the hospital for injuries, but that nobody wanted to press charges. There had been a real estate convention at the hotel that day, but it’s unclear if those people were involved.

Clique, what do you think started this?