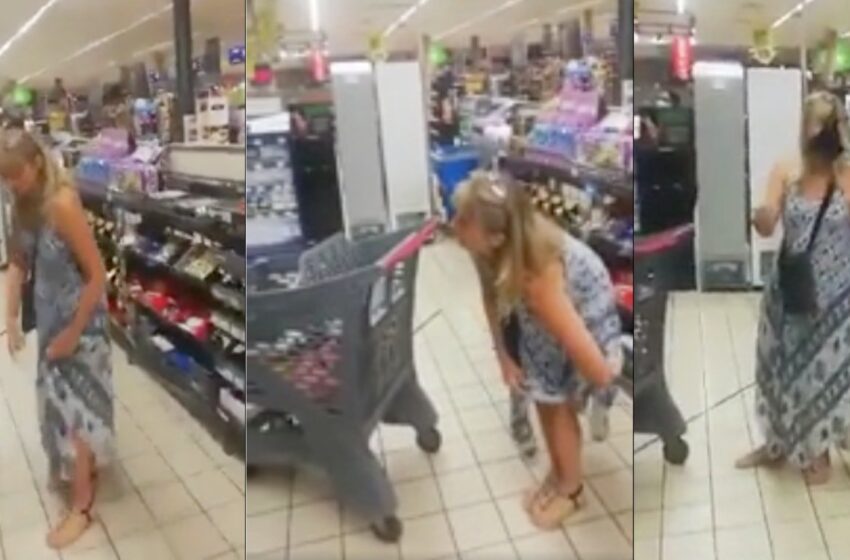 A video is going viral of a woman using her thong as a mask after being reprimanded for not having one with her at a supermarket in South Africa.

In the clip, a mask-less older woman is approached by a security guard, who tells her that she will have to leave the store if she does not have something covering her face. In response, she takes her underwear off from underneath her dress and puts it around her head.

“Happy?” she asked the security guard sarcastically and gave him a thumbs-up, as astonished shoppers stood by and watched.

Some of the shoppers cheered her on, however. One woman in the checkout line behind her clapped, saying she thinks it’s an acceptable mask and that “knickers” have less bacteria than a traditional face mask.

She was playing a risky game, y’all. The laws in South Africa state that not wearing a mask can lead to a fine and up to six months in prison.

Clique, what would you do if you saw someone do this in public?